If someone missed Singles’ Day and Black Friday, there’s nothing to worry about—here comes one more chance to hunt for bargains. Double Twelve is another whole day long opportunity to buy dream products at discounted prices. Picodi Analysis Team looked further into the subject and prepared a report about Singaporeans’ attitudes toward Double Twelve. How many people are going to participate? How much are they willing to spend? What are they going to buy? We answered these questions in the report. 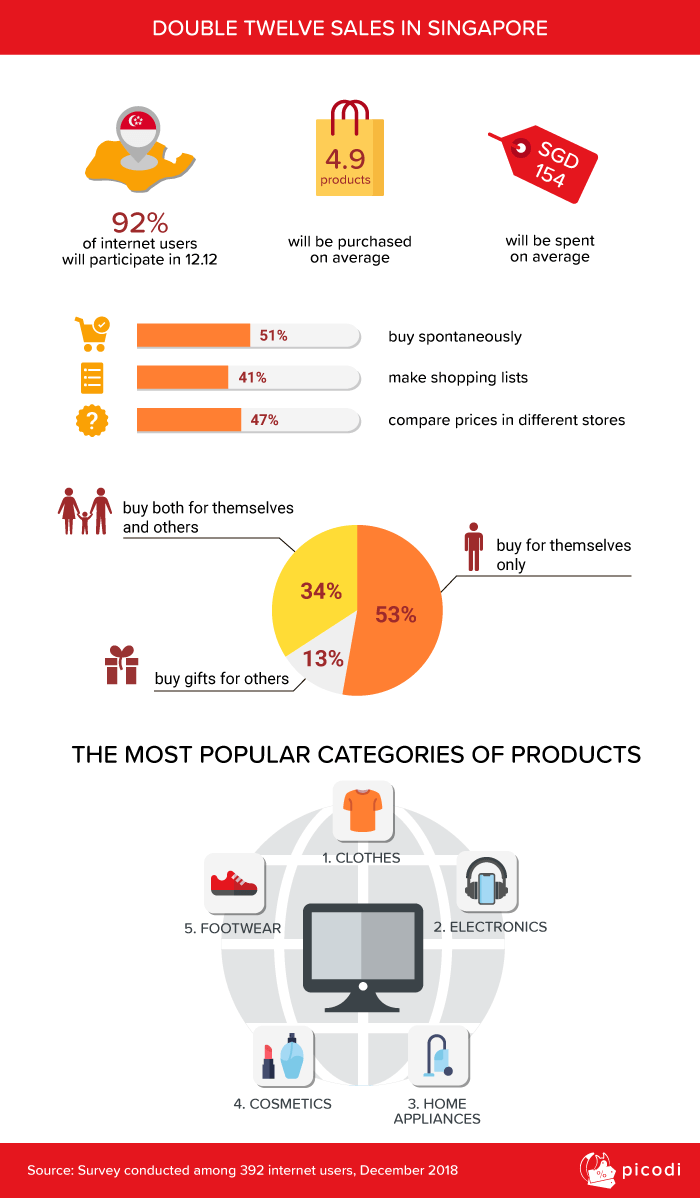 Although one may think that after Singles’ Day and Black Friday people would have already bought everything they needed, the survey results show that Singaporeans won’t miss a chance to save some money on shopping. 92% of them declare that they are going to participate in Double Twelve sales.

However, is Double Twelve really a chance to buy the stuff you need or just an opportunity for a little splurge? It turns out that almost half of the surveyed consumers come prepared. 41% of Singaporeans say that they make lists before shopping and 47% declare that they compare prices in different stores before buying. Still, 51% of shoppers will go with the flow and buy spontaneously on Double Twelve.

It seems that some are already counting down the days to Christmas—the survey results show that almost half of Singaporeans are going to use Double Twelve as a chance to buy gifts for others. The other half (54% to be exact) decided that they’re going to buy things for themselves.

No matter who it’s for, Singaporeans aren’t going to hold back with spending money—the average shopper is willing to spend 154 SGD and buy 5 products.

Unsurprisingly, the most popular items that bargain hunters are going to look for are clothes and electronics, followed by home appliances, cosmetics and footwear. 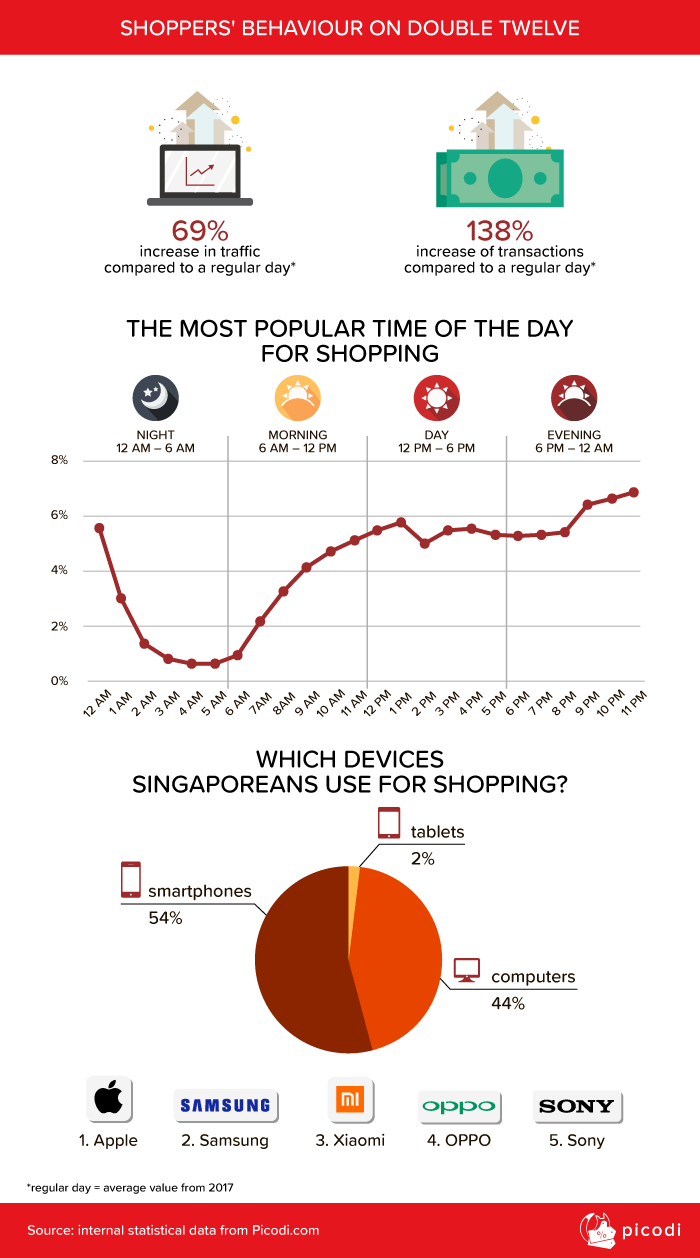 Without a doubt, the interest in Double Twelve among Singaporeans is big. Let’s have a look at last year’s statistics to confirm this. The best proof is the 69% increase in traffic on 12 December compared to a regular day. What is more, the number of transactions on that day increased by 138%. The interesting fact is that most Singaporeans are buying in the last minute —only an hour before sales end, at 11 PM.

We know what Singaporeans buy and when, the final question is—how? It turns out the use of mobile devices for shopping purposes is on the rise. Our internal data shows that 54% of online orders are placed using smartphones. Less than half—44% of consumers—make their orders using desktops. The remaining 2% use tablets for their Double Twelve purchases. The most popular devices used for shopping are Apple, Samsung and Xiaomi.

In the report, we used internal statistical data collected by the discount platform Picodi.com as well as the results of the survey conducted among 392 Singaporeans.