Statistics and facts about the shopping behaviour of Singaporean singles

It all started with a few students from Nanjing University who decided to break away from the monotony of being single for one day. They chose 11.11 because of the solitary implications of the number 1 which symbolize being single. However, this simple celebration turned into one of the largest shopping days in the world. It turns out that this event gained great interest also in Southeast Asia. According to Google, in Singapore the popularity of Singles’ Day has increased more than four times in the last five years.

Who's taking part in Singles’ Day? What are the behaviours of consumers on that day? To look further into this phenomenon, we analysed historical data and surveyed people from Singapore. The results are presented in this report. 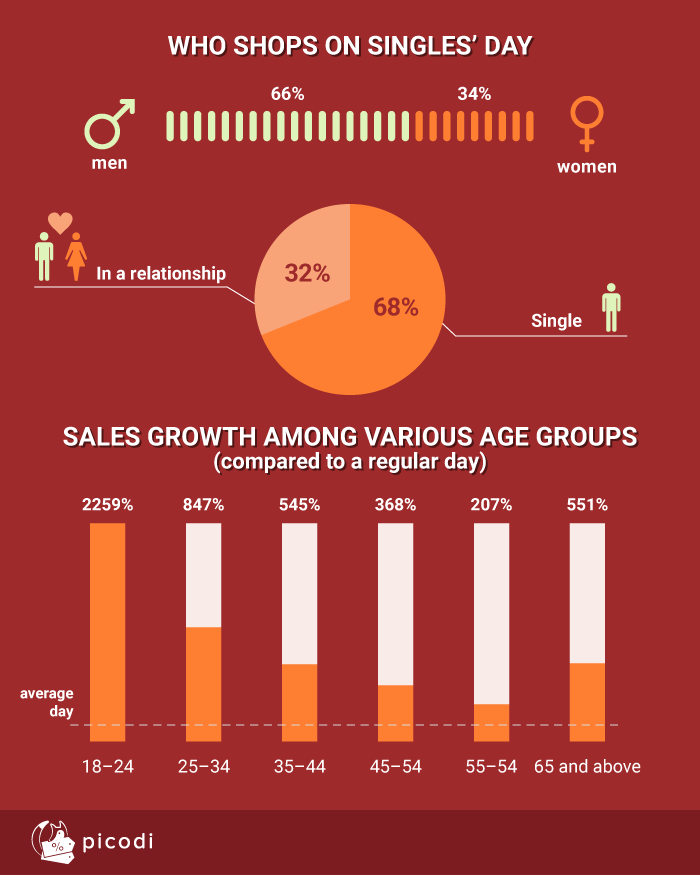 So, who exactly takes part in Singles’ Day? The survey suggests that two out of three participants are men. In accordance with the event’s name, most of the consumers are single—more than 60%. Of course, not only singles went on a shopping spree. An increase in interest, although not as significant as among singles, was also noted in the group of people in relationships.

The interest in Singles’ Day is especially apparent among young Singaporeans. Compared to a regular day, the number of transactions on Singles’ Day among people aged 18-24 grew by 2259%. However, getting great discounts is not restricted to younger people—there was a noticeable interest in this shopping festival among all age groups. 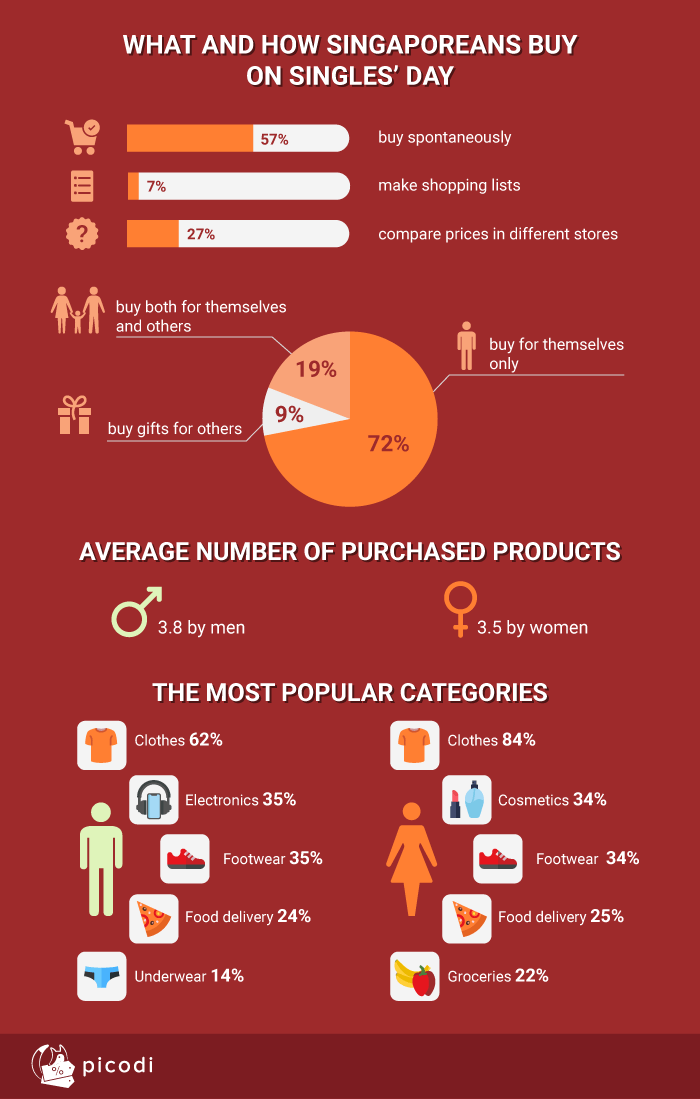 The results of the survey show that more than half of Singaporeans do not prepare for the Singles’ Day shopping craze but buy impulsively on that day. Less than one third compare the prices in different stores and only 7% declare that they make lists before shopping. It looks like most people treat 11.11 as an occasion to meet their desires rather than an opportunity to execute a well-thought-out shopping plan.

On top of that, most of the consumers—more than 70%—declare that they buy things just for themselves. Only one-third of the respondents also buy gifts for other people on that day. It appears that—as the name of the event suggests—Singles’ Day is a perfect day for getting a present for yourself.

Surprisingly, an average man buys more than an average woman—3.8 and 3.5 products respectively. The most desirable items among men are clothes, electronics and shoes. Similarly, women buy mostly clothes, cosmetics and shoes. 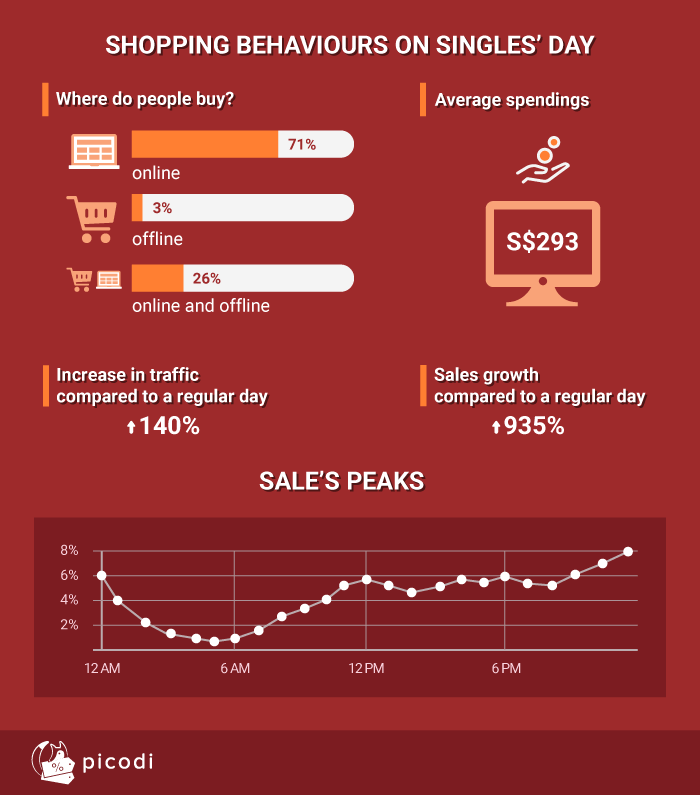 It’s not surprising that Singaporeans buy more than usual on Singles’ Day. According to our platform’s statistics, the number of online transactions increased significantly—there were 935% more purchases compared to a regular day. The survey indicates that an average Singaporean is willing to spend S$293 on a Singles’ Day shopping spree. The sales reached a peak right before the end of Singles’ Day, at 11 PM. 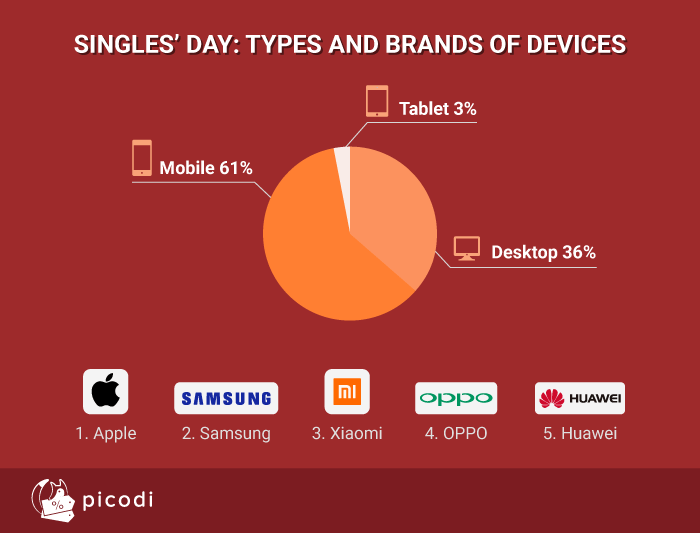 The majority of the consumers—over 60%—use mobile phones when doing their shopping on Singles’ Day. Less than 40% of Singaporeans make their purchases on desktops. Most of the transactions are made on Apple devices, followed by Samsung, Xiaomi, OPPO and Huawei appliances.

This report was created based on internal data provided by Picodi.com, a global discount provider existing since 2010. 600 participants from Singapore took part in the survey.