PlayStation fans in Ukraine have to cough up the most money with online stores selling the latest Sony console for as much as HK$10,687. On the other hand, the new Xbox is the most expensive in Argentina — HK$9,775.

The best price for both consoles can be found in Canada where the PlayStation 5 costs HK$3,719 and the Xbox Series X costs HK$3,542.

In Hong Kong, as in many other countries, Xbox has a similar price to PlayStation. For the latest Sony and Xbox consoles Hongkongese gamers would have to pay HK$3,980 and HK$3,880 respectively. Similar prices can be found in Japan, where the PS5 and the Xbox Series X cost around HK$4,084. 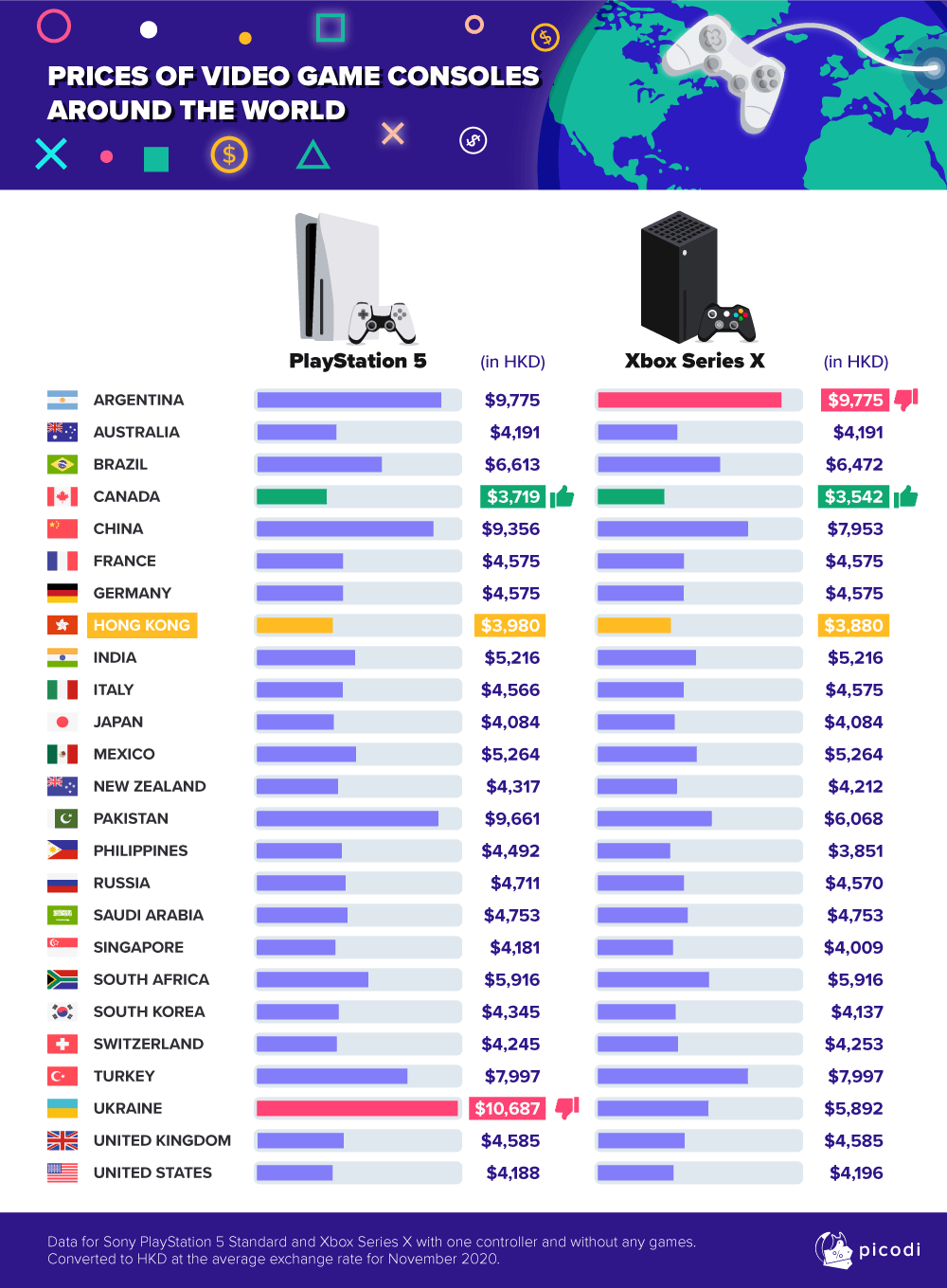 In the comparison of yearly subscription prices, Turkey placed first with both Xbox Live Gold (HK$289) and PlayStation Plus (HK$173) being the cheapest.

At the far end of the ranking is Switzerland where a one year Xbox Live Gold subscription costs HK$851, and PS Plus: HK$595. As the companies declare, subscription prices reflect the local market economies.

In Hong Kong, the cost of Xbox Live Gold and PS Plus subscriptions are HK$756 and HK$308 respectively. It is not as much as the Swiss pay, but still, it is almost three times more than Turkish gamers. 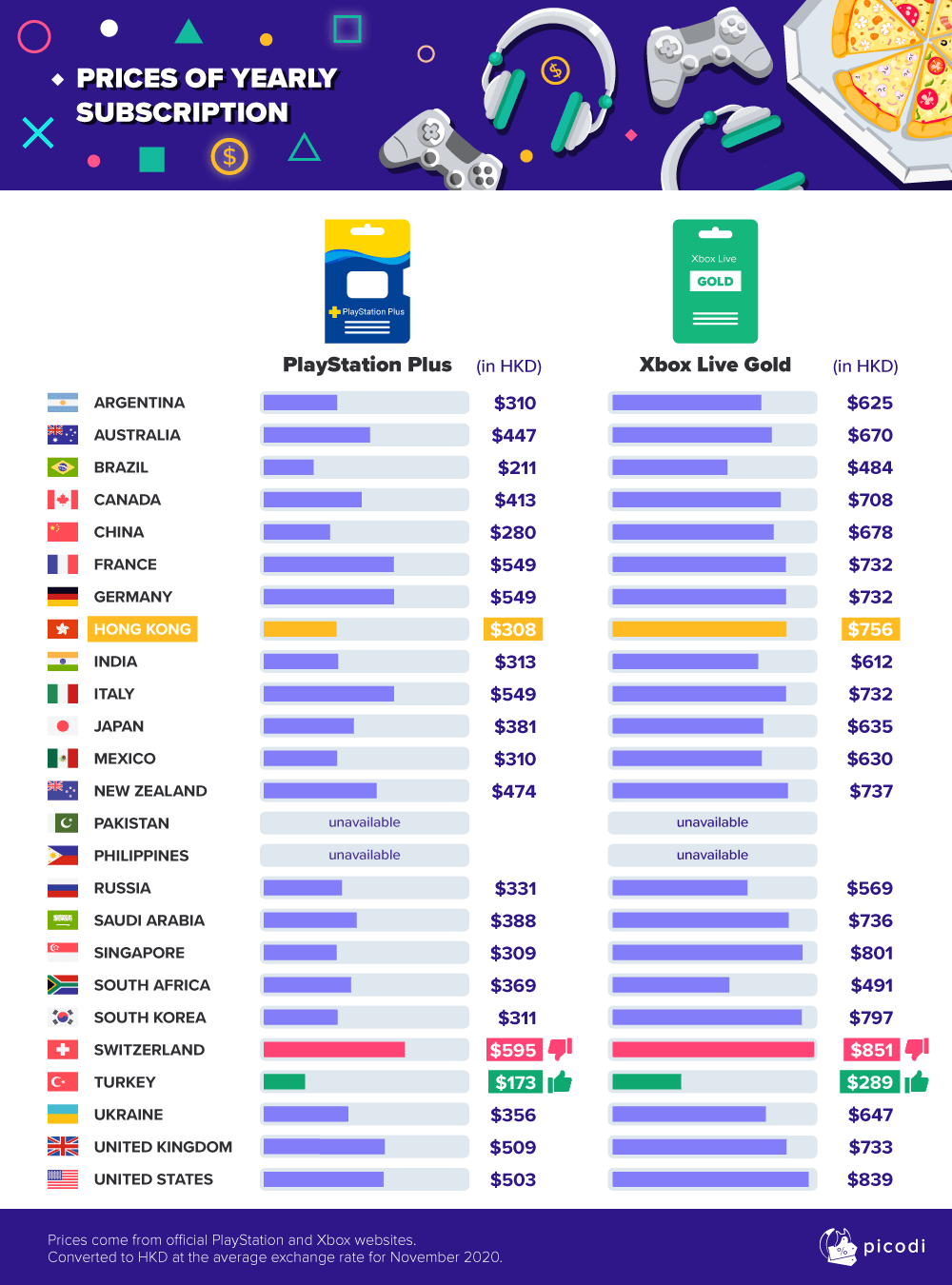 For video game fans, Canada is the perfect place. Low costs of gaming consoles and cheap yearly subscriptions provide affordable prices for both sets — HK$4,132 for PlayStation and HK$4,250 for Xbox. Hong Kong found itself in the middle of the ranking, with HK$4,288 for a PlayStation set and HK$4,636 for an Xbox set.

One thing is sure: being a gamer costs an arm and a leg in Argentina, as PlayStation and Xbox sets cost HK$10,085 and HK$10,400 respectively. The only country where the PlayStation set is more expensive is Ukraine — HK$11,043. 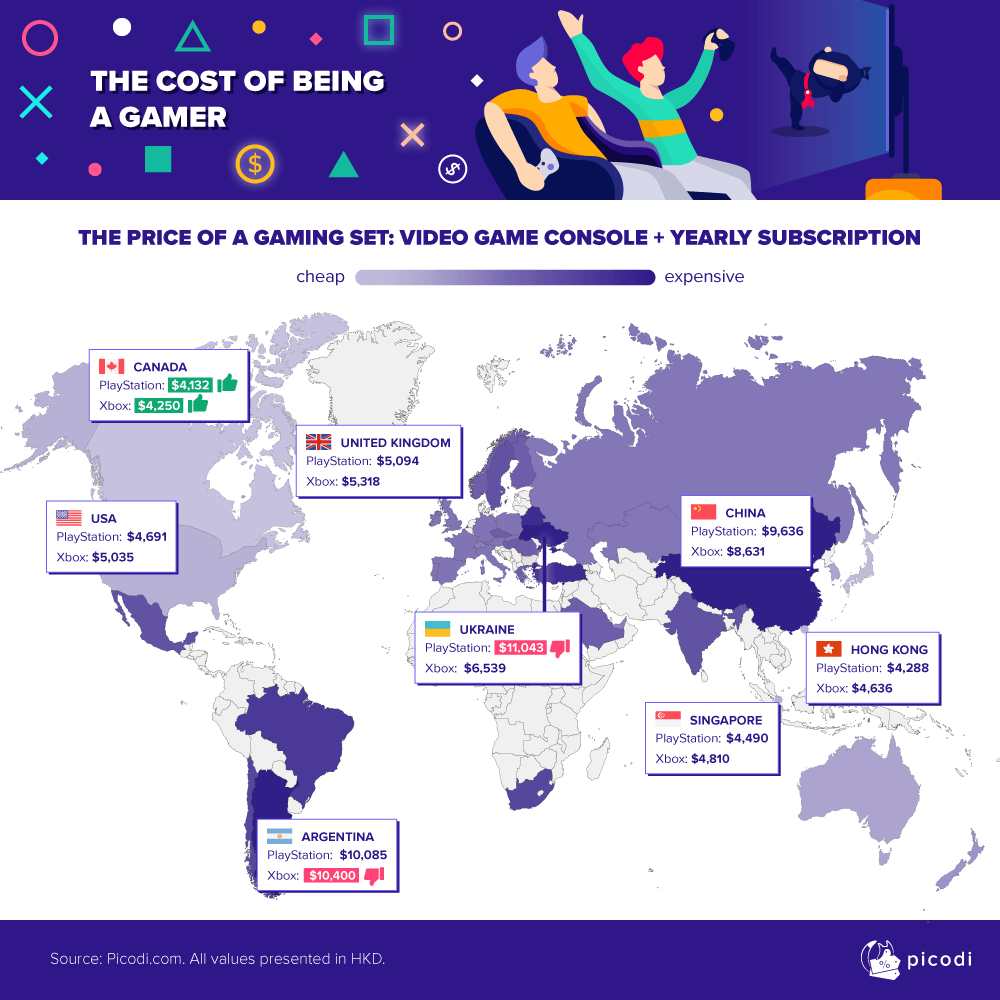