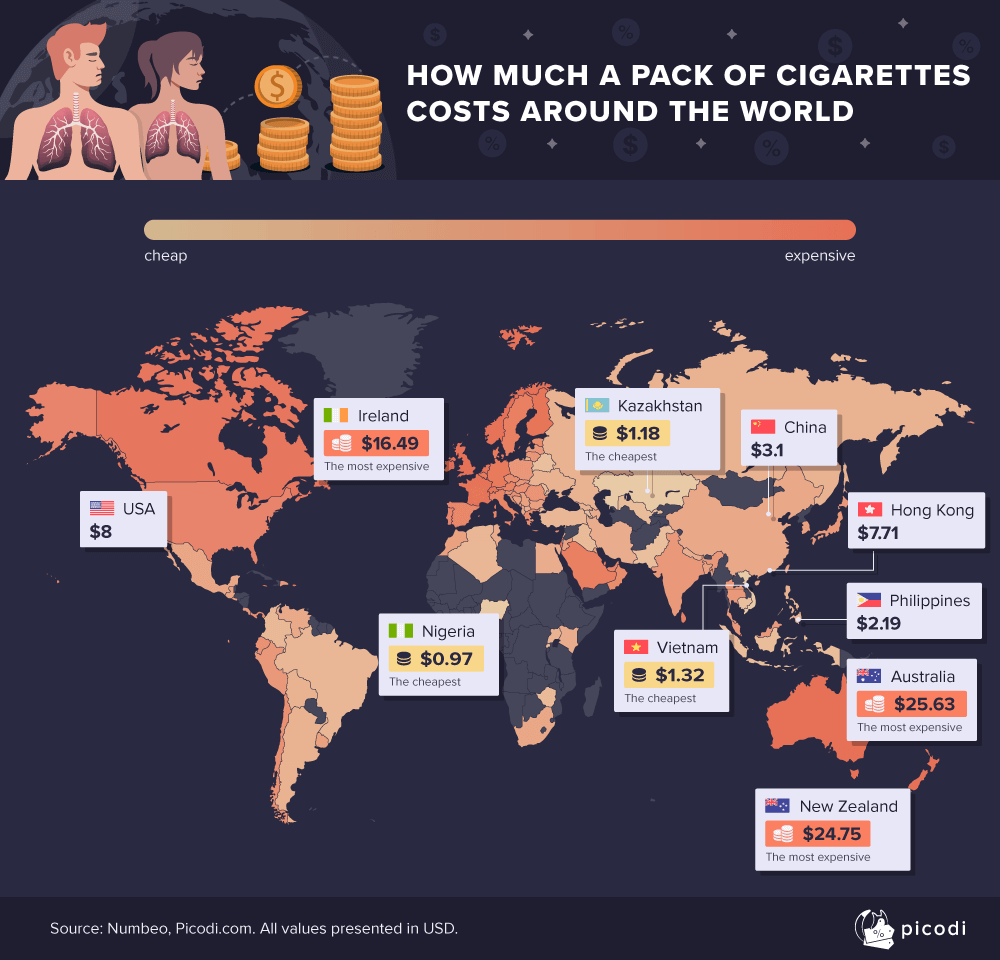 Hong Kong ranked twentieth with an average price of HK$60 ($7.71) per packet. 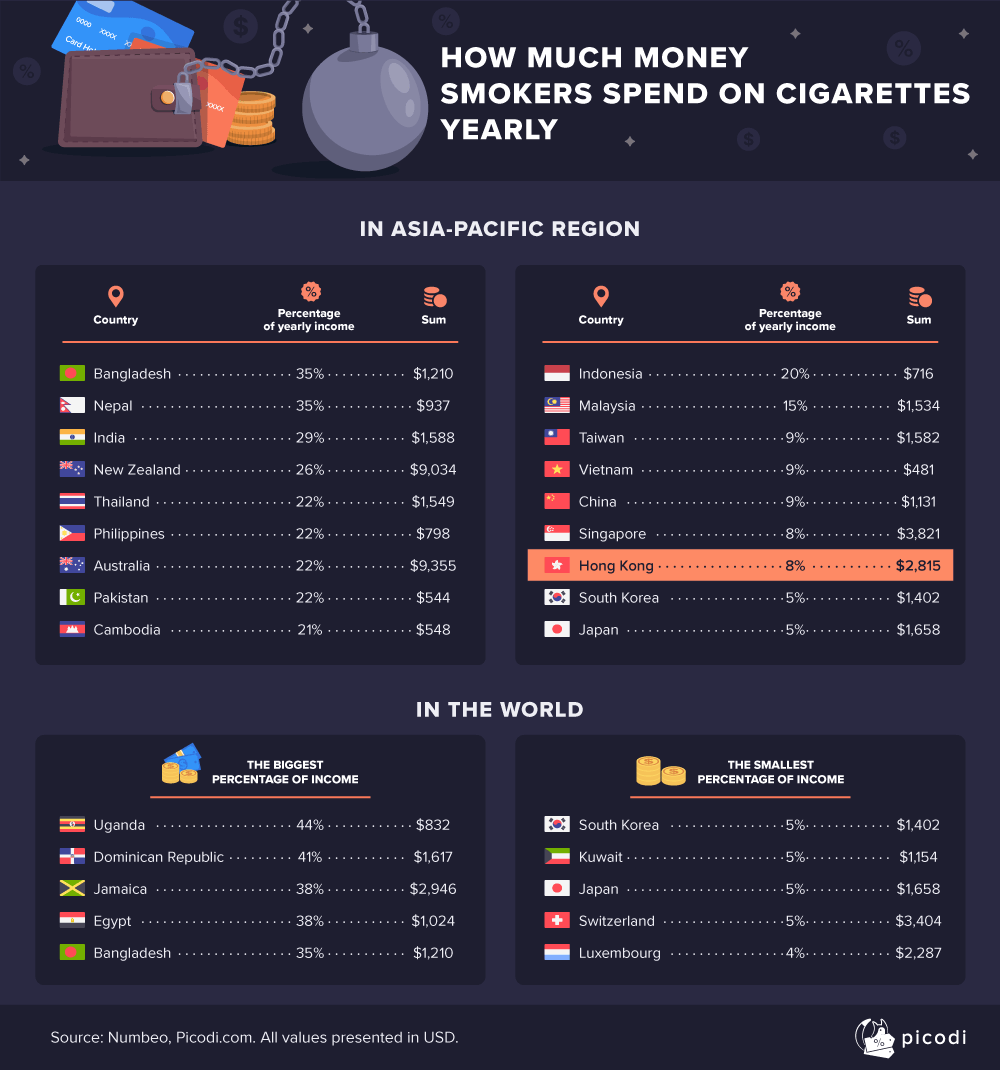