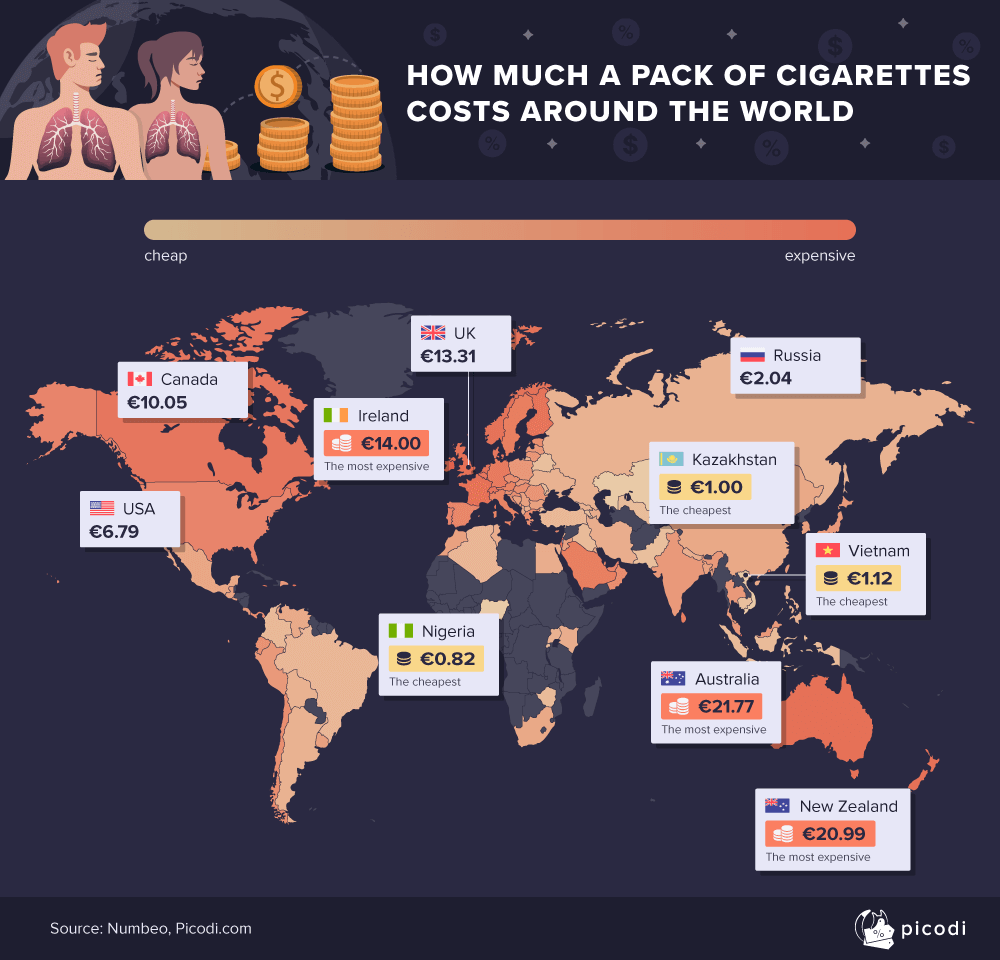 Of the countries included in this study, smokers in Australia pay the most for cigarettes. A pack of 20 cigarettes costs nearly 22 euros. This high price is a result of the Australian government’s policy to reduce smoking. The excise tax in this country has increased by 12.5% in the years 2013–2020.

New Zealand (€21 per packet), Ireland (€14) and Canada (€10) are also among the countries with the most expensive cigarettes. 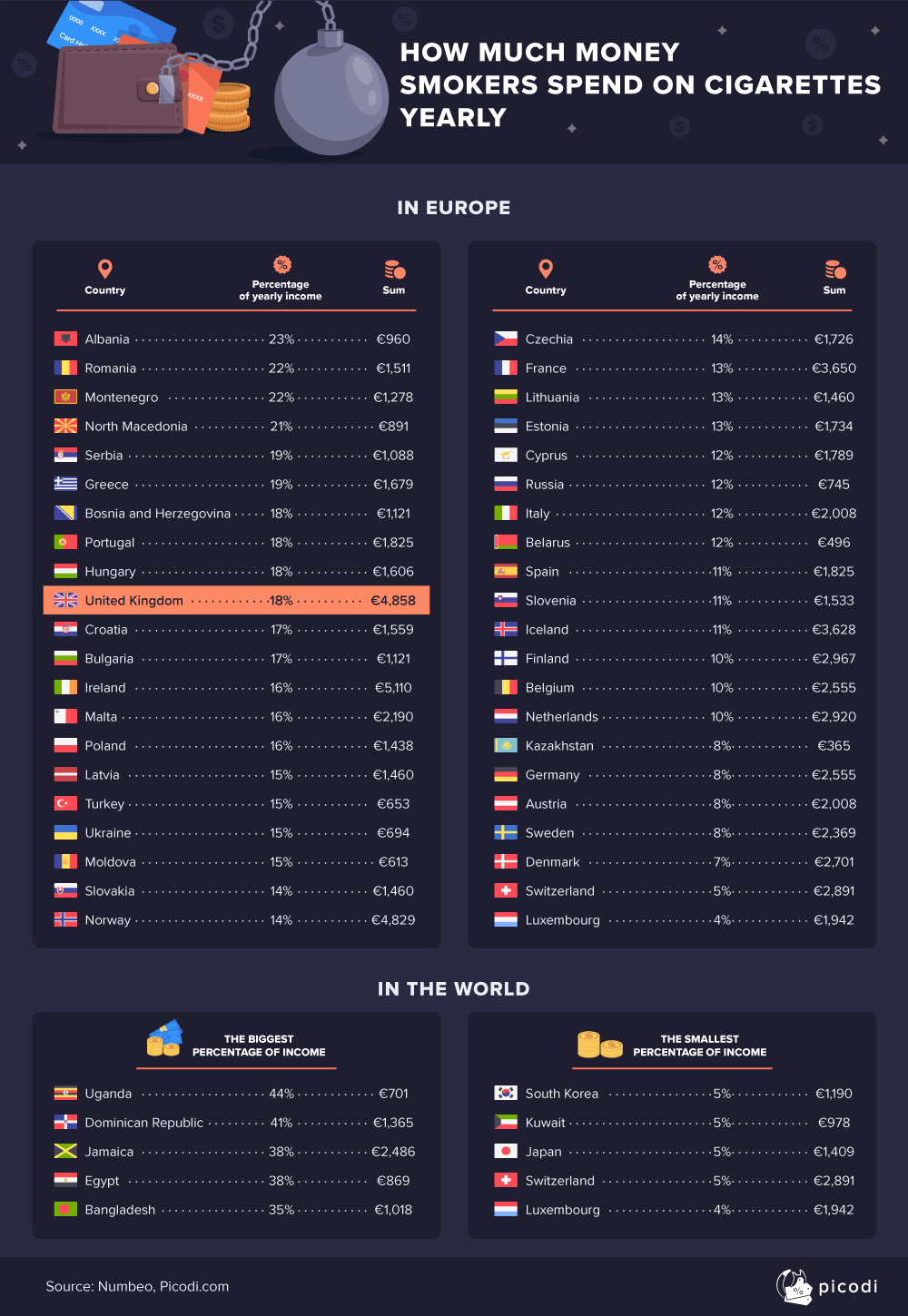