Singapore in this ranking is placed in the 15th position: 10 thousand Singaporeans have less than one library, 0.05 to be exact. The total number of public libraries is 27, taking into account the provincial and national institutions, while according to the latest data of Singapore Department of Statistics, 5,453,600 people live in Singapore.

The residents of Riyadh have the most difficult access to free books. For 10 thousand people, there is only 0.01 library. Similar situations may be found in Karachi and Sao Paulo—0.03 and 0.05 libraries per 10 thousand residents. 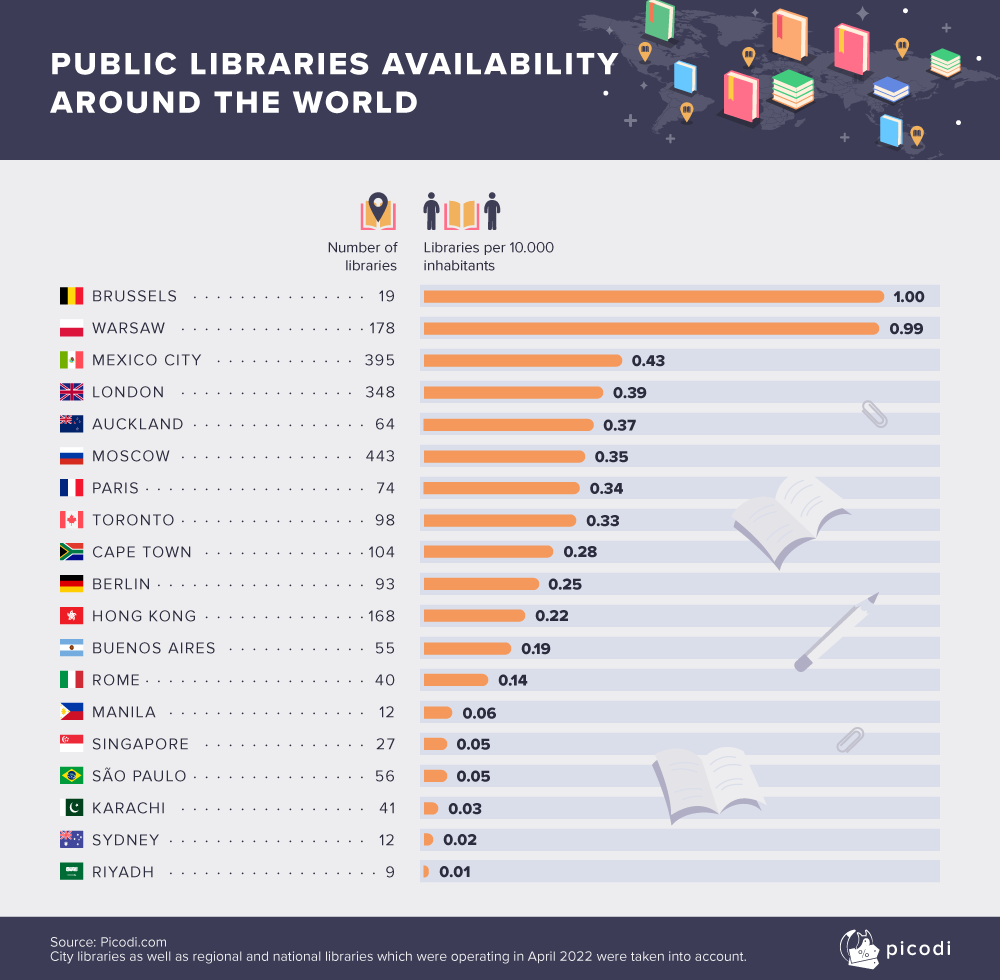