Pakistan is one of the countries where the pandemic stopped the increase of wages. The minimum wage didn’t increase compared to the previous year (Rs. 17,370). Pakistan is 41st place among 56 countries included in the study. In India, the minimum wage increased by 13% (7th place) year to year.

The total price of basic food products amounts to Rs. 7,455, which is 4.8% more than in the previous year. 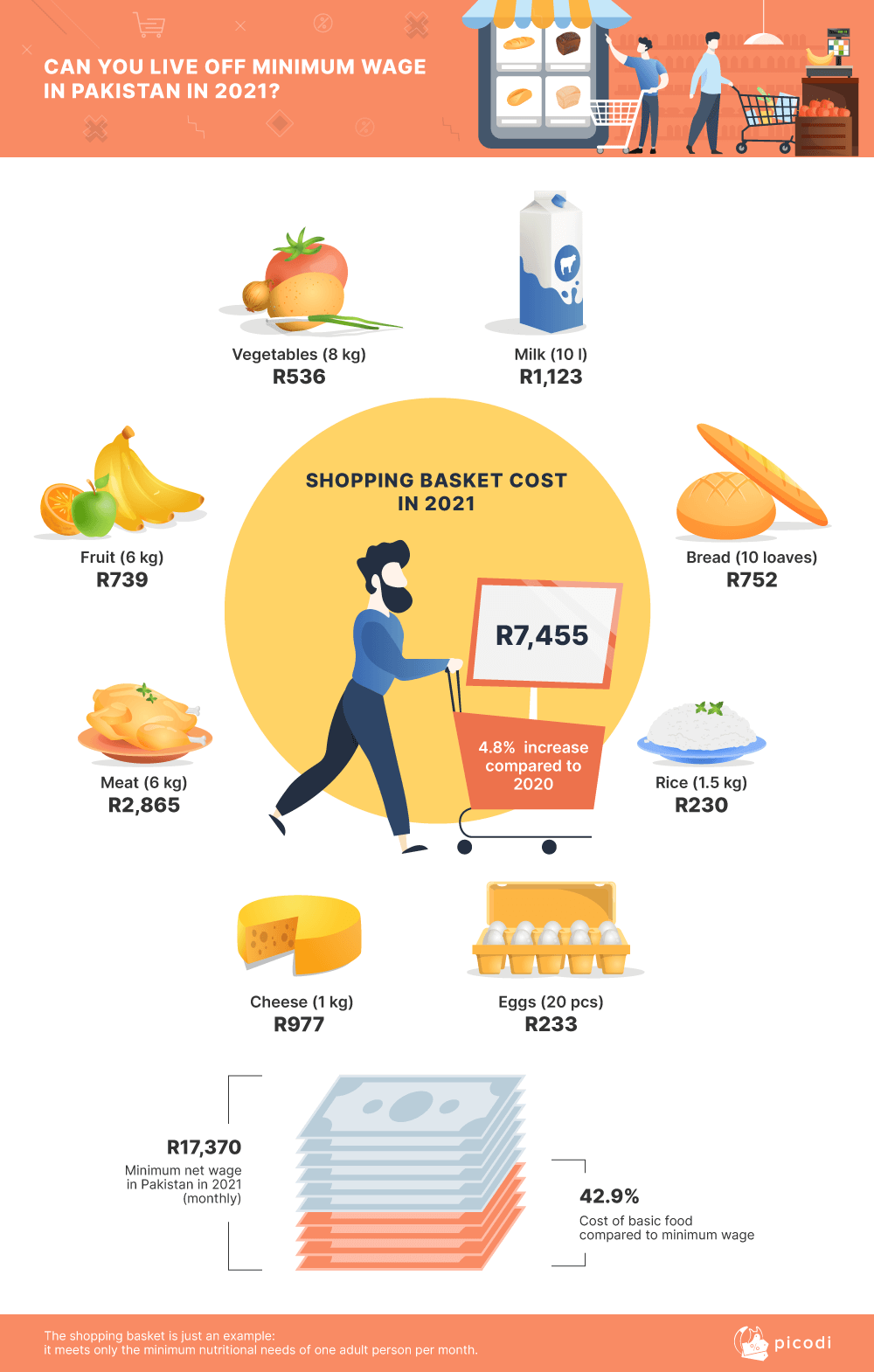 The basic food makes 42.9% of the minimum net pay. With last year’s prices, the same products made 41% of the minimum wage at that time. It means that in Pakistan, the situation of the least paid workers has worsened. 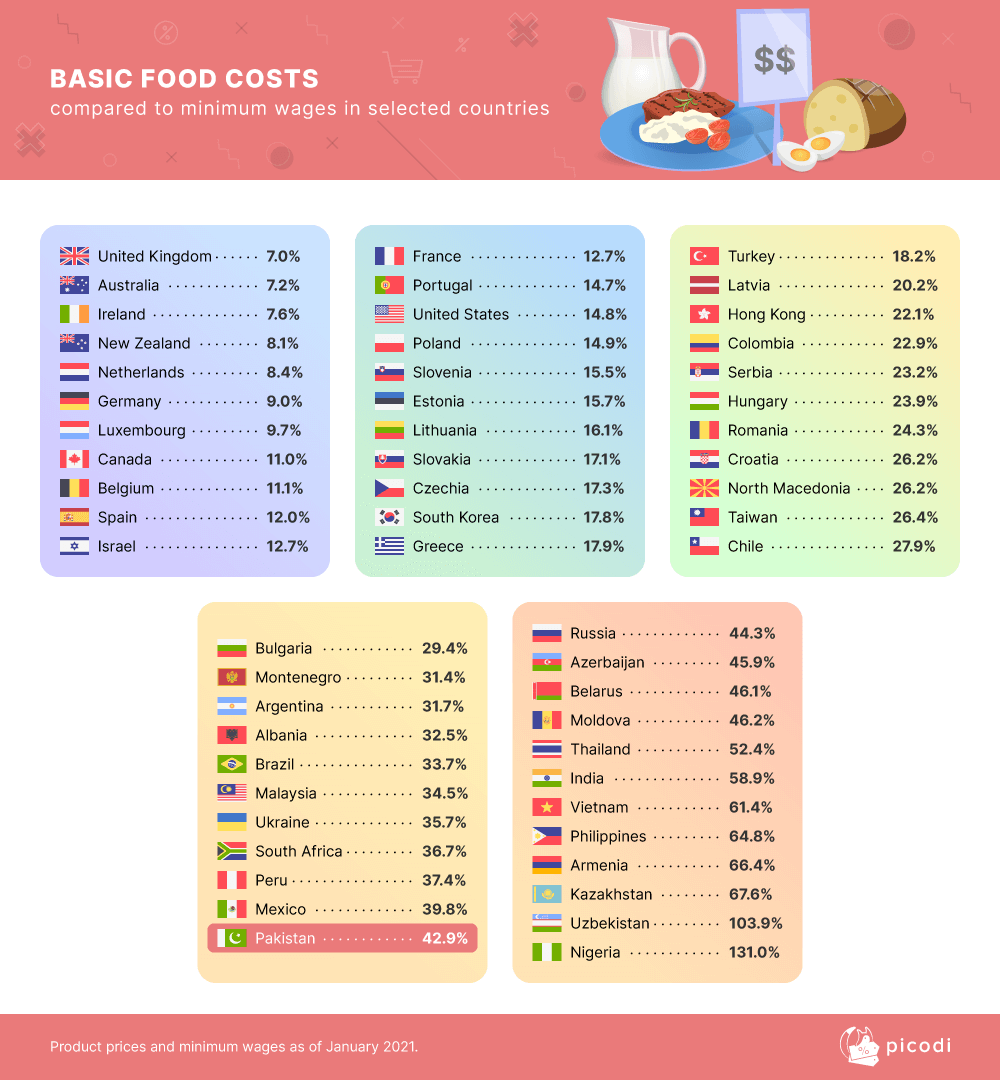 In this ranking, Pakistan with the score of 42.9% placed 44th among 56 countries. Lower in the ranking were such countries as Thailand (49th place), India (50th place), or Vietnam (51st place).