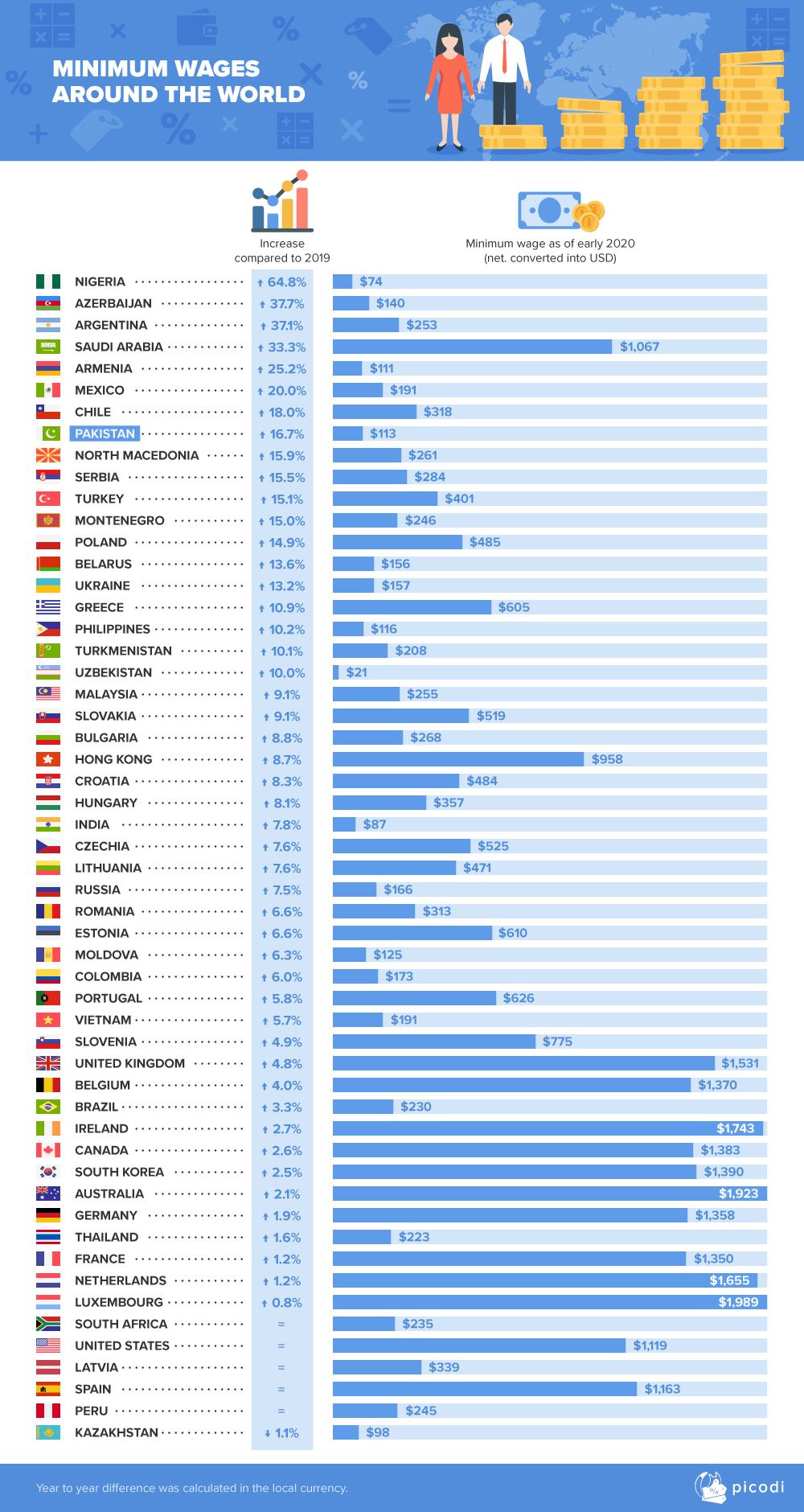 In 2020, the highest year to year increase in the minimum wage was noted in Nigeria (64.8 per cent). However, after converting into USD, this amount is still one of the lowest ($74). In some countries, like the US, Spain, South Africa or Latvia, the minimum wage remained unchanged. In Kazakhstan, the minimum wage didn’t change, but the actual amount that a worker gets into his pocket decreased, because of higher health insurance. 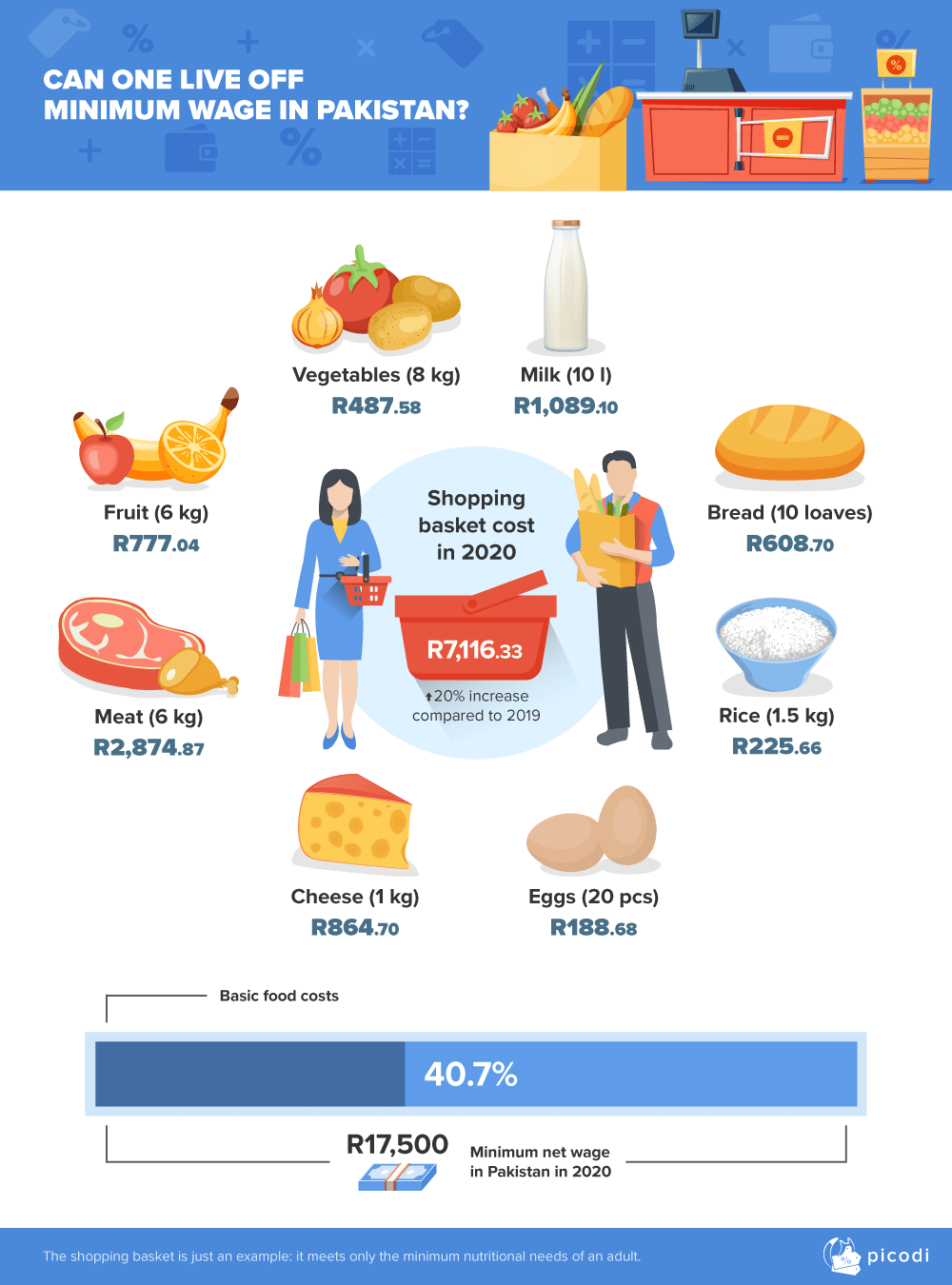 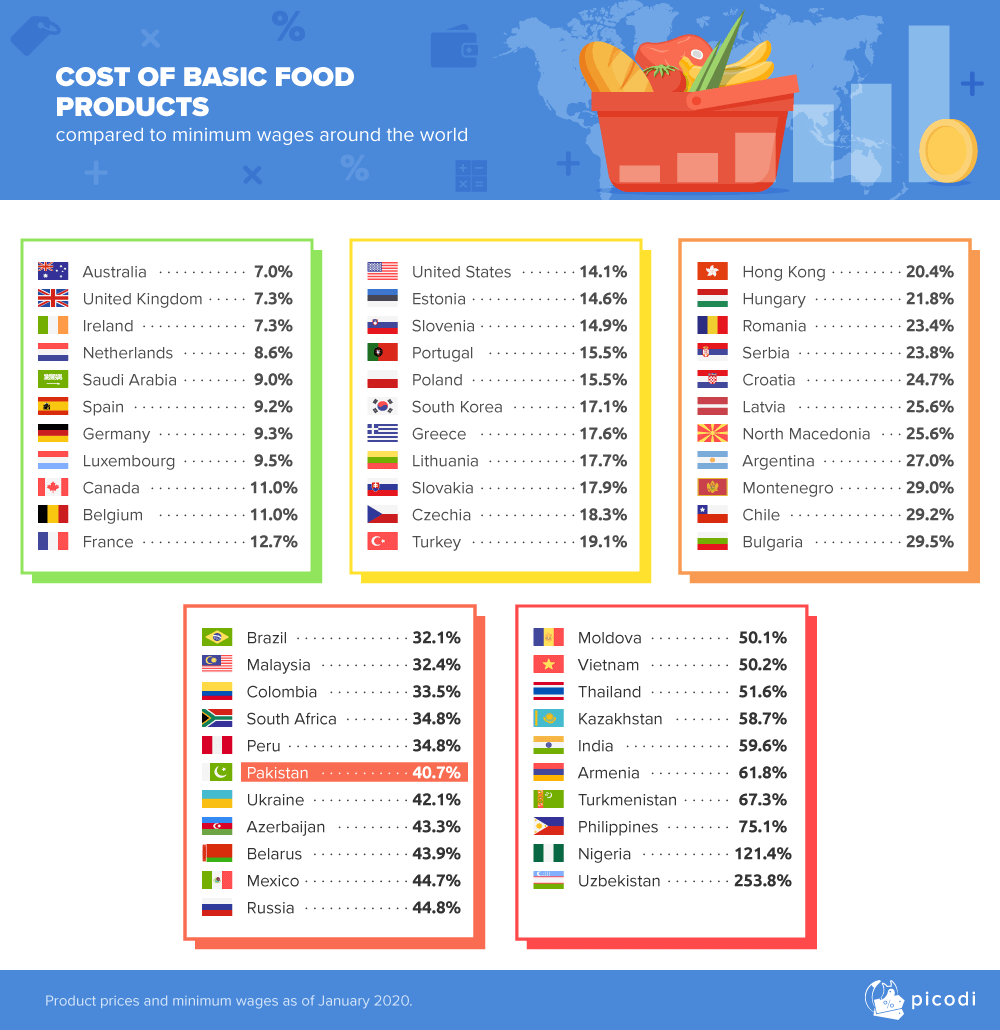 In this comparison, Pakistan placed 39th. The best ratio of food prices to the minimum wage was noted in Australia, followed by the United Kingdom and Ireland. In these countries, the basic food products are worth around 7 per cent of the minimum wage.