PlayStation fans in Ukraine have to cough up the most money with online stores selling the latest Sony console for as much as ₱66,600. On the other hand, the new Xbox is the most expensive in Argentina — ₱60,900.

The best price for both consoles can be found in Canada where the PlayStation 5 costs ₱23,200 and the Xbox Series X costs ₱22,100.

In the Philippines, as in many other countries, Xbox has a similar price to PlayStation. For the latest Sony and Xbox consoles Filipino gamers would have to pay ₱28,000 and ₱24,000 respectively. Slightly lower prices can be found in Singapore, where the PS5 and the Xbox Series X cost around ₱26,100 and ₱25,000. 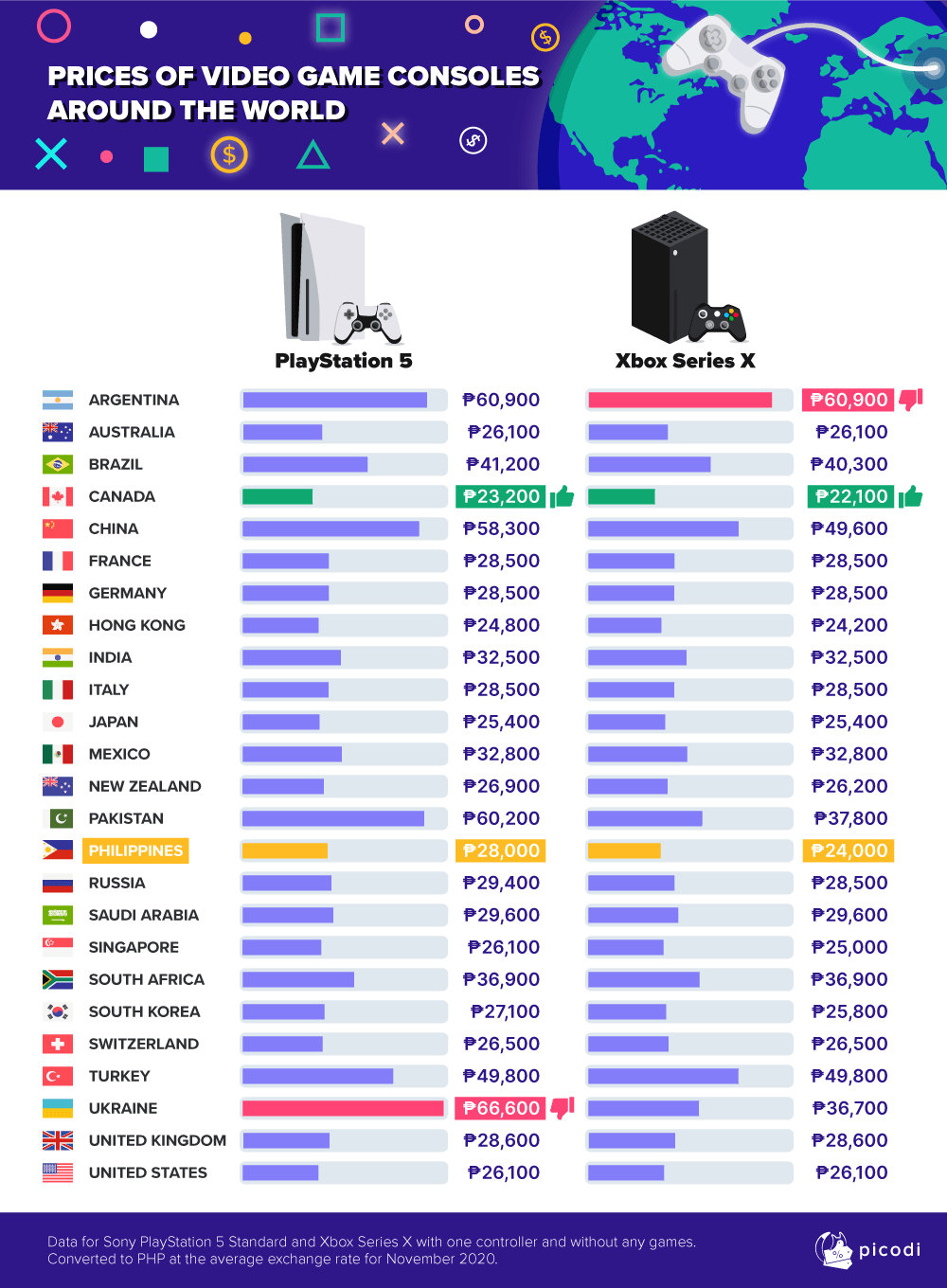 In the comparison of yearly subscription prices, Turkey placed first with both Xbox Live Gold (₱1,800) and PlayStation Plus (₱1,100) being the cheapest.

At the far end of the ranking is Switzerland where a one year Xbox Live Gold subscription costs ₱5,300, and PS Plus: ₱3,700. As the companies declare, subscription prices reflect the local market economies.

In the Philippines, Xbox Live Gold and PS Plus subscriptions are unavailable. 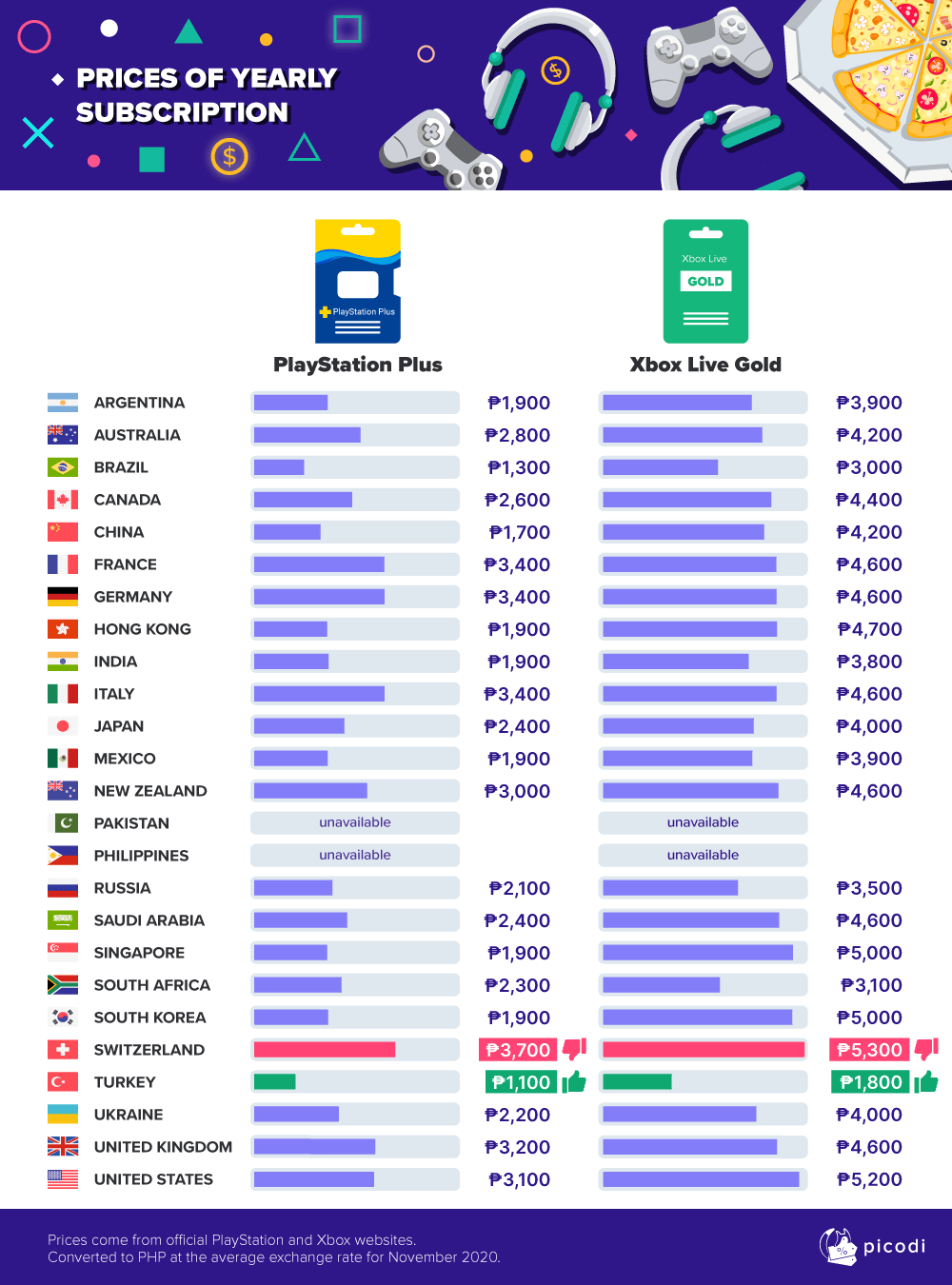