The total price of basic food products amounts to ₱4,788, which is 7.7% more than in the previous year. 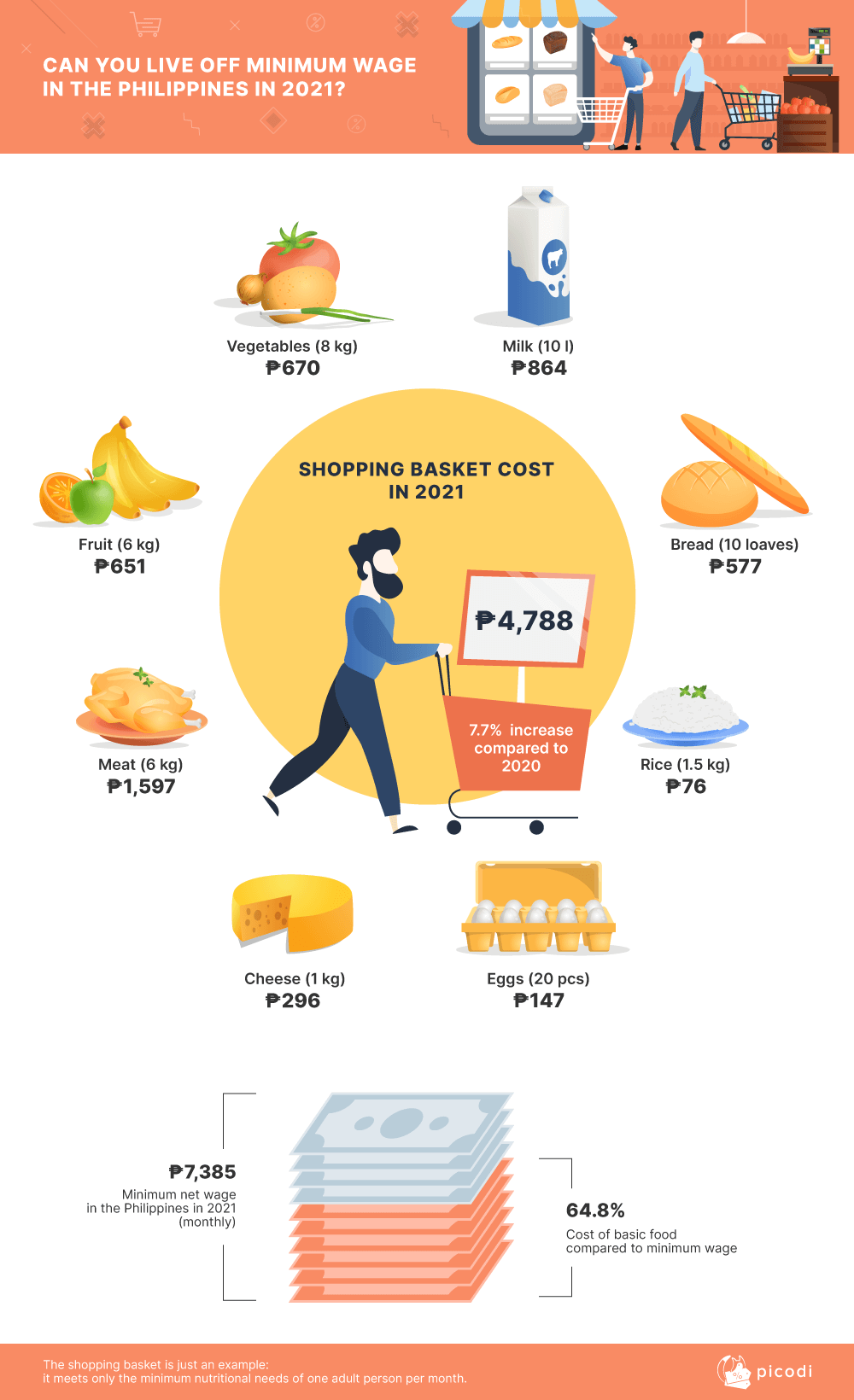 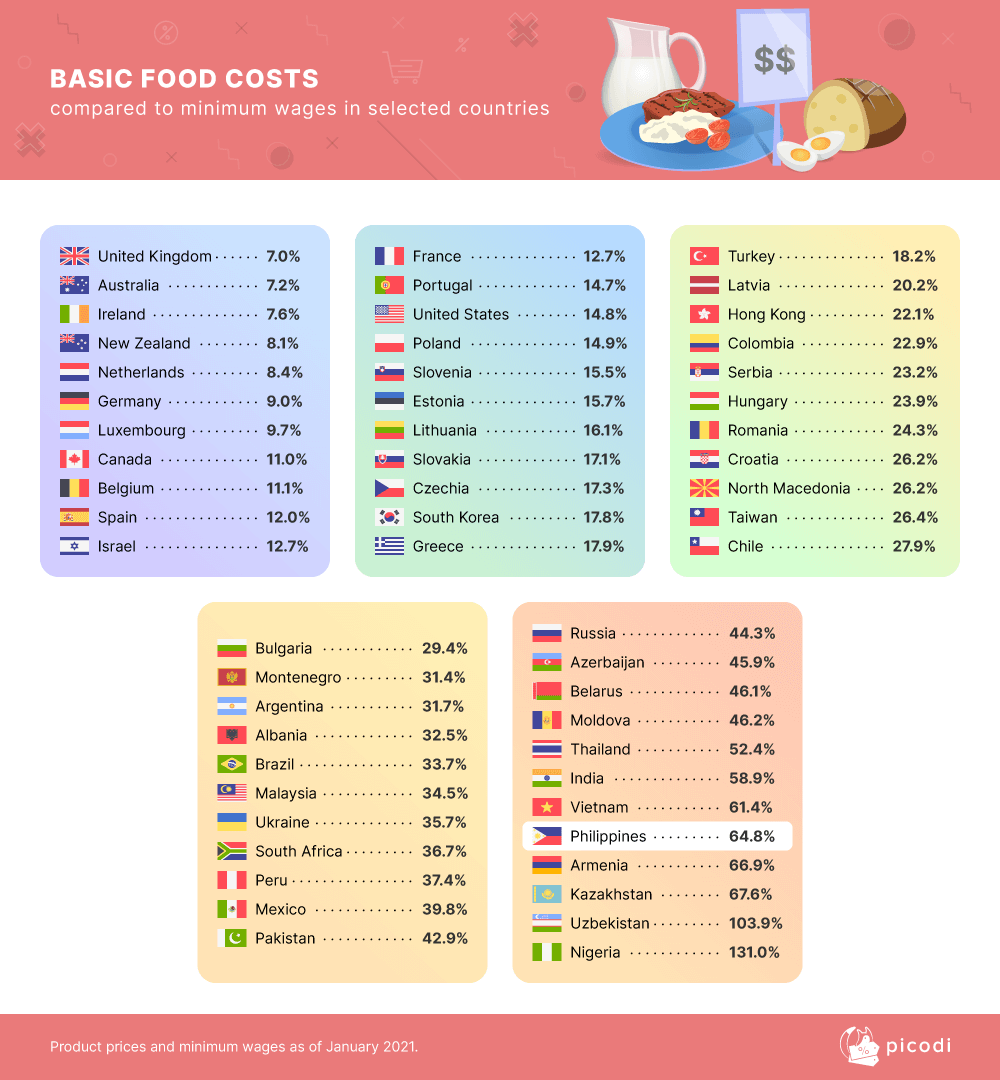 In this ranking, the Philippines with the score of 64.8% placed 52nd among 56 countries. Lower in the ranking were Armenia and Kazakhstan.