In some countries, the difference in 2D and 3D movie prices can exceed 30%. For example, in Germany, besides the extra charge of €3 (HK$26) for 3D, it is necessary to pay additional €1 (HK$9) for glasses. It means that watching a movie in 3D becomes 45% more expensive than a standard session.

In Hong Kong, the 3D charge amounts to 12% of the standard ticket price. The least amount of money to pay for watching your favourite actors on the 3D screen was noted in Singapore and Saudi Arabia (4% and 6% respectively). In some countries, there were no 3D screenings in July which made the prices comparison impossible. 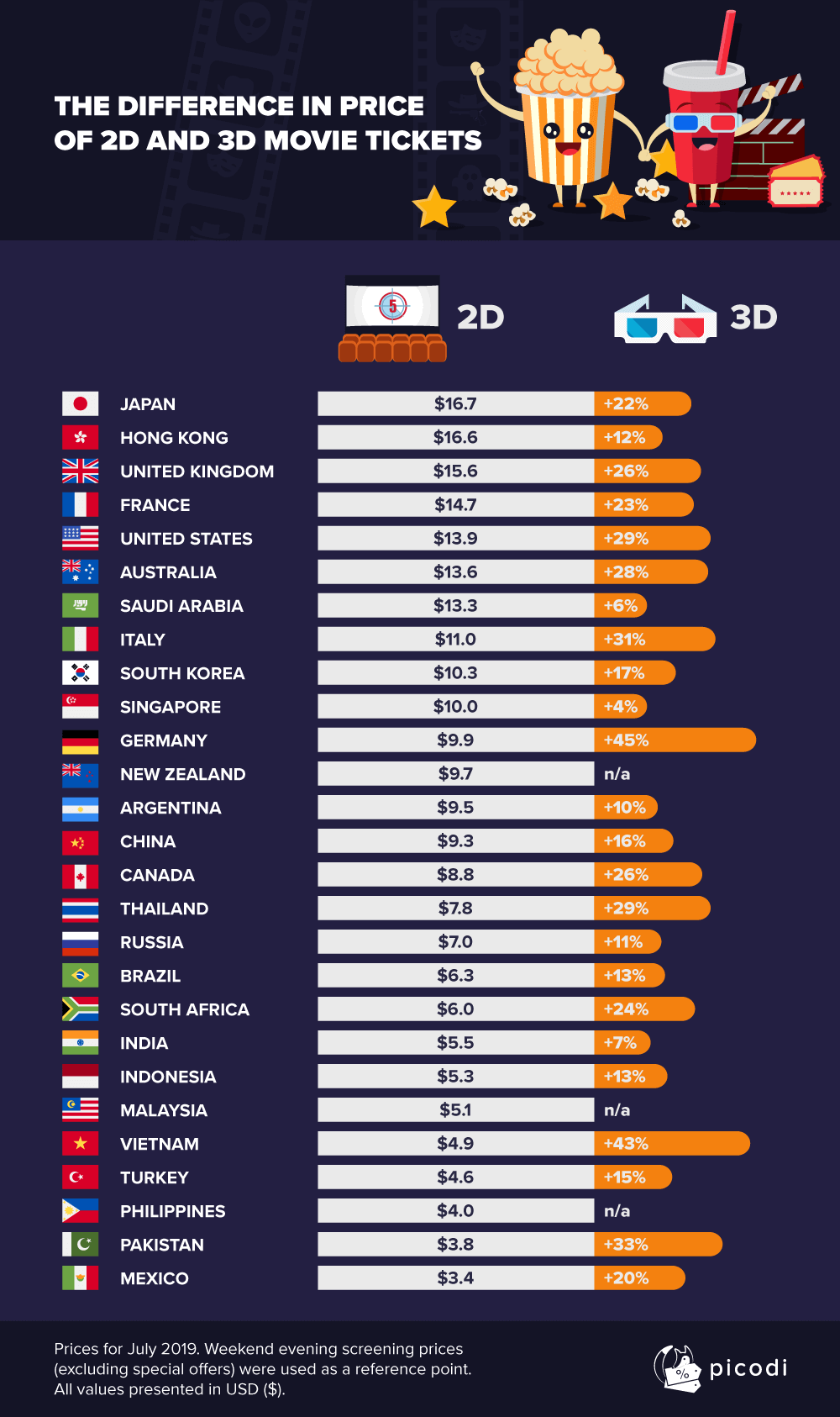 In Hong Kong, cinema lovers have nothing to worry about — there is no additional charge for weekend screenings. In most of the analysed countries, the price stays the same on weekdays and weekends. However, some places, like Singapore or Indonesia, charge even 50% more for weekend sessions. 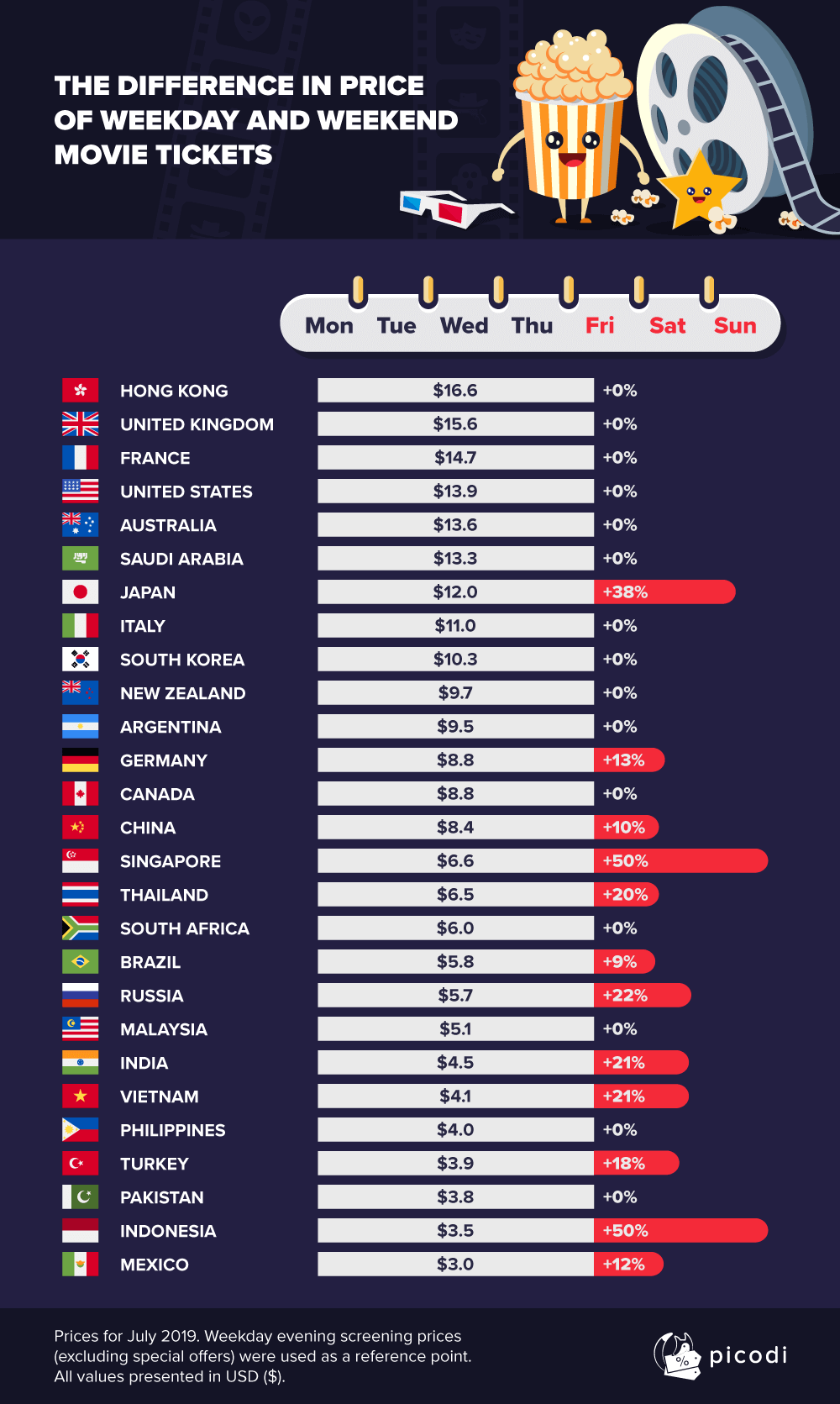