Where do the most romantic Brits live?

Picodi.com analysis team decided to check the statistics of “romantic” queries on the internet in 15 largest cities and created the ranking of the most romantic places in the UK.

Our queries list consisted of terms like “Valentine’s Day”, “love confession”, “flowers”, “love”, and others which would associate with Valentine’s Day. During the period before Valentine’s Day, the frequency of searching these queries increases in the whole United Kingdom. However, in some places, the interest in making a pleasant surprise to the significant other increases more, and in some — notably less. 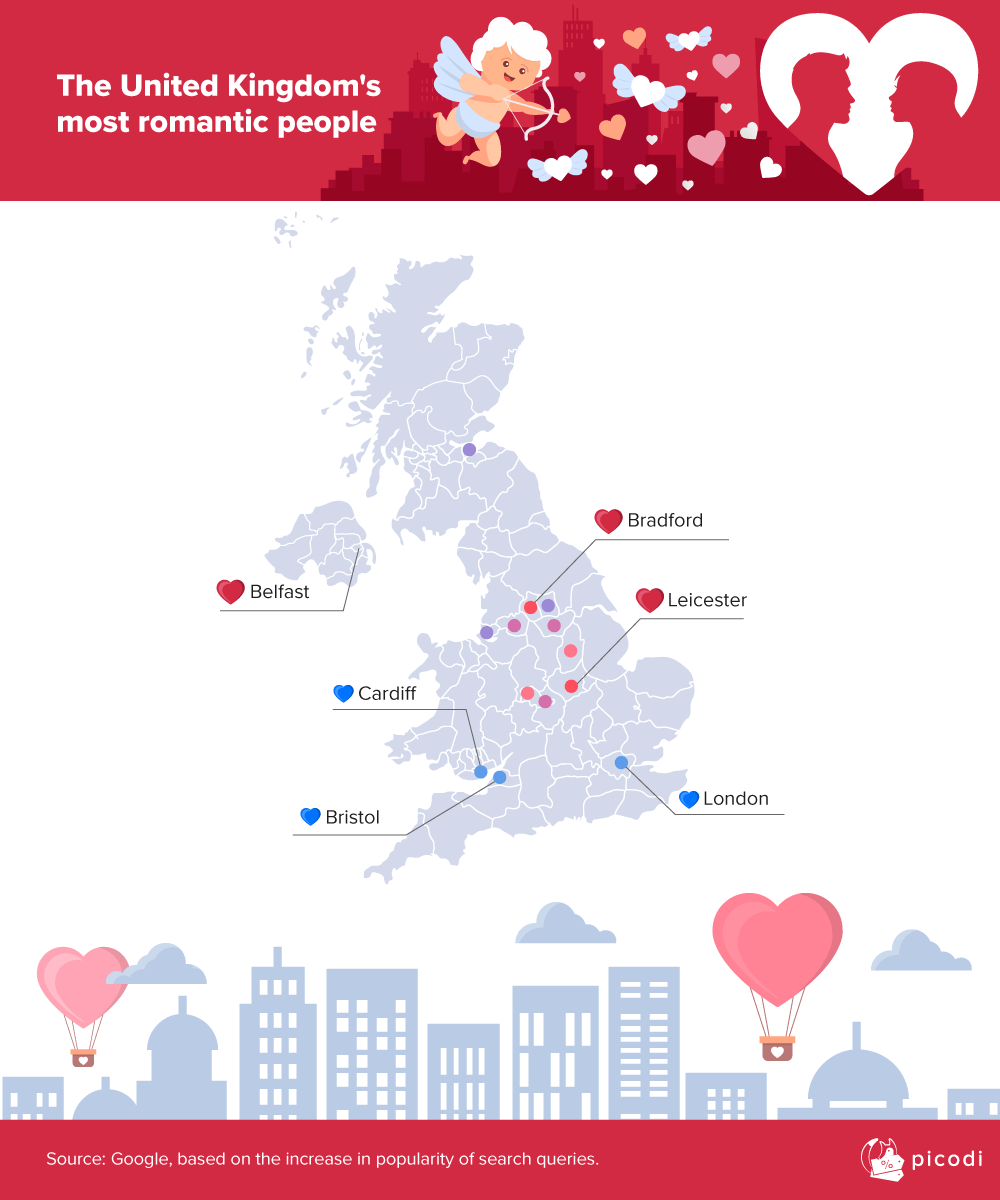 After looking closely at Google’s figures, it turns out that the most romantic British people live in Leicester, Bradford, and Belfast. In these cities, the increase in popularity of queries connected to Valentine’s Day was the highest. For all its history, Leicester was not a city that would stand out in terms of population characteristics or geographical features, but it finally found its hallmark — romantic.

Among all cities, the lowest interest in Valentine’s Day and all connected to it was noted among residents of Cardiff (15th place). London and Bristol turned out to be quite unromantic as well (14th and 13th place respectively)

Here’s the full ranking of cities: 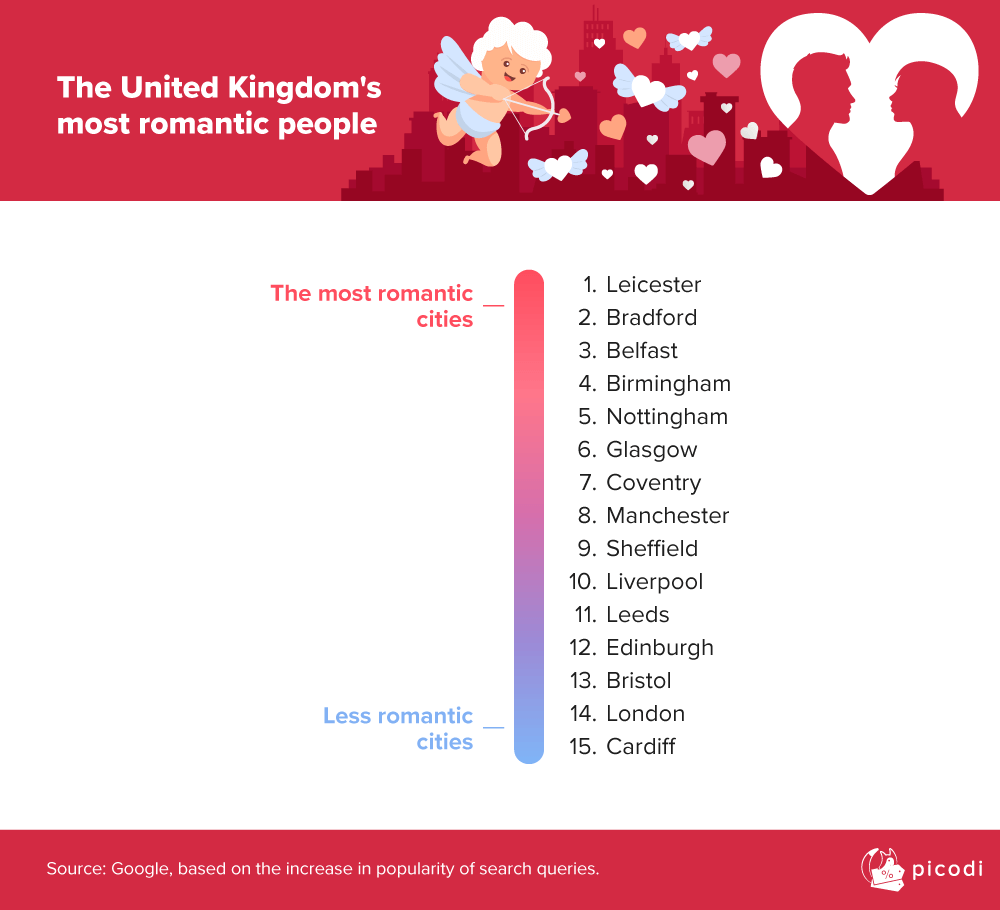 The research was based on a comparison of the increase in popularity of various keywords during the period of January-February 2019 according to Google archived data (through Keyword Planner tool). The 15 cities considered in the report were chosen by the size of the population (more than 300,000 residents).

Picodi is an international e-commerce platform which provides discount coupons for online stores. Founded in 2010 in Kraków, it currently operates in 44 countries. In the United Kingdom since 2012.