How have the hobbies of British people changed due to isolation?

COVID-19 has forced most of the British people to stay at home. The shutdown of points of interest, workplaces, schools, and universities has made a colossal difference in our daily lives. 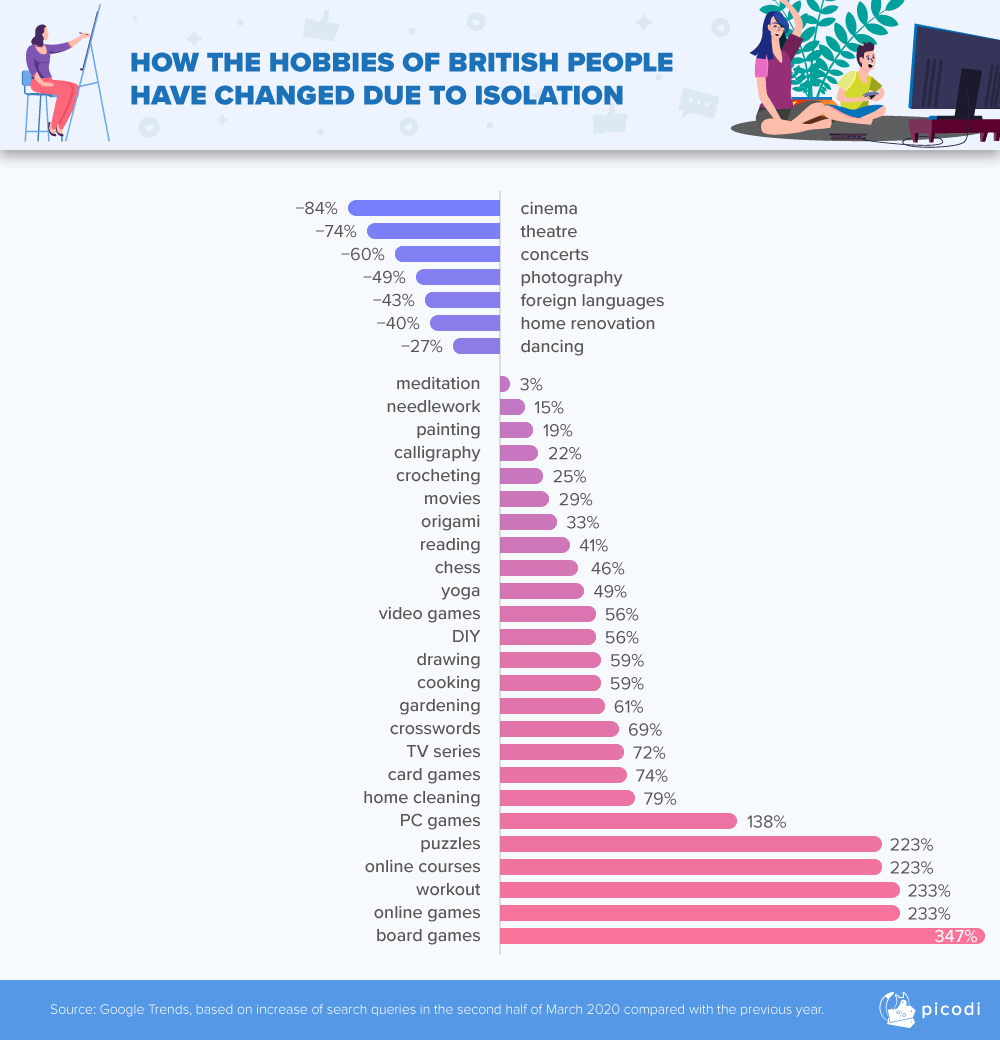 After evaluating statistics, it turned out that all activities that require leaving home have become less popular: cinema dropped by 84 per cent, theatre — 74 per cent, concerts — 60 per cent. British people also lost interest in foreign languages (decrease of 43 per cent). Probably it’s no longer such a sought-after ability in the world of closed borders.

The biggest increase of interest was noted in board games (347 per cent), online games (233 per cent), and workout.. It means that people probably look for alternatives to gyms and fitness clubs.

Online courses, such as Udemy, placed fourth with a 223 per cent increaseThere is a possibility that the uncertain situation in the labour market has made Internet users seek opportunities to gain additional qualifications. Various creative activities and crafts, like drawing (59 per cent) or origami (33 per cent) have also gained popularity.

Among activities which increased by a relatively slow margin are needlework (15 per cent) and meditation (3 per cent).