Affordability of public transport in the UK

The importance of public transport is a hot topic not only in the United Kingdom but in the whole world. Rising traffic congestion and air pollution are concerns of many cities, keeping authorities awake at night. This is why public transport gains more recognition — it seems like an obvious solution to the problem, and in numerous cities, officials try to encourage commuters to use collective transport. Luxembourg, for example, has recently launched the world’s first free nationwide public transport, not only for its residents but also the tourists. On a smaller scale, various other places, like Tallinn in Estonia or Olympia in the United States, have introduced free public transport for their residents. 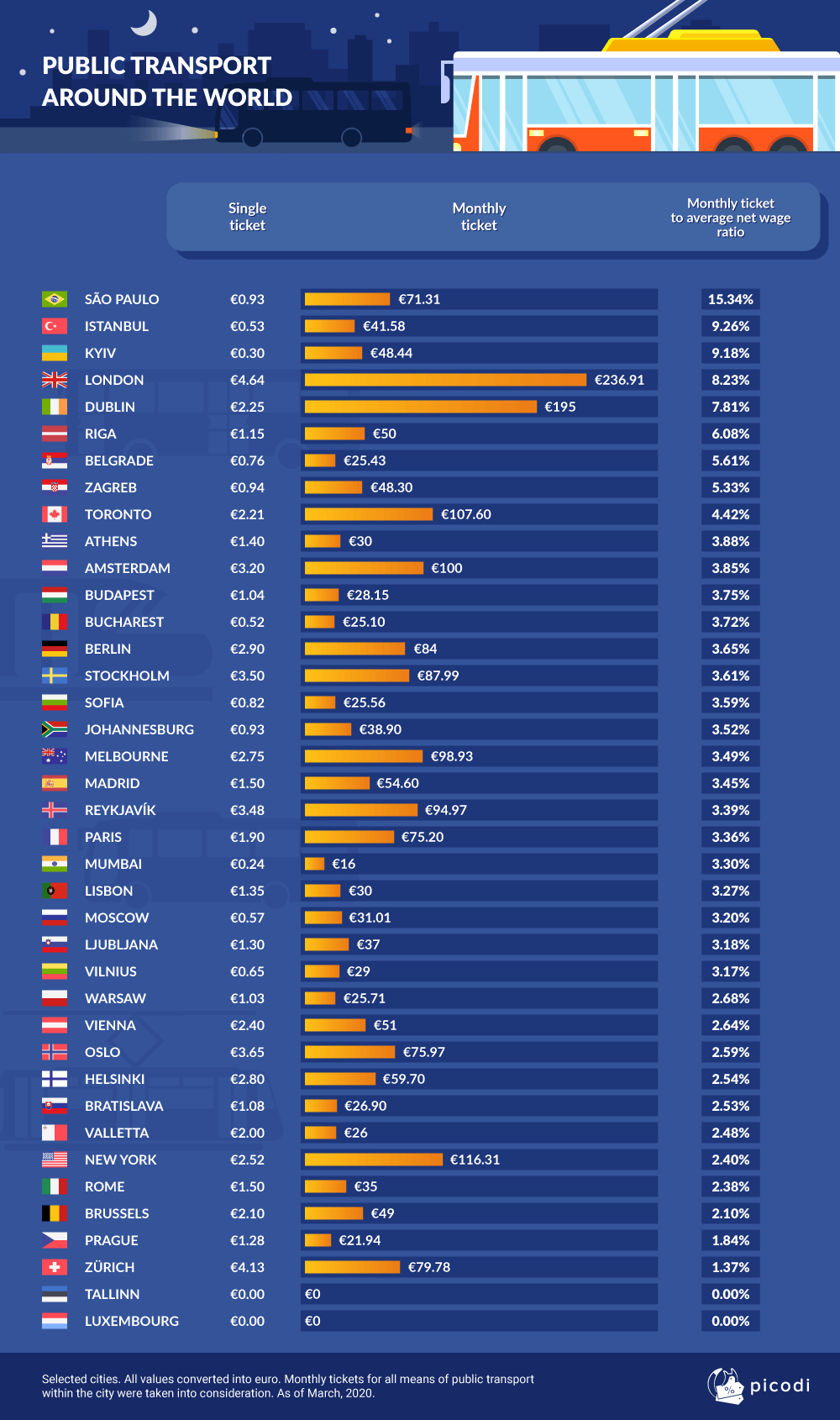 The highest prices for a month of unlimited access to public transport were noted in London — £199.30 (around €237), Dublin (€195), and New York (€116). However, when taking into account the average monthly wage, the tables have turned for New York: it ranked 33rd out of 39 cities. It means that an average New Yorker could buy a monthly pass for bus and subway with just 2.4 per cent of his net pay.

Fares in the United Kingdom 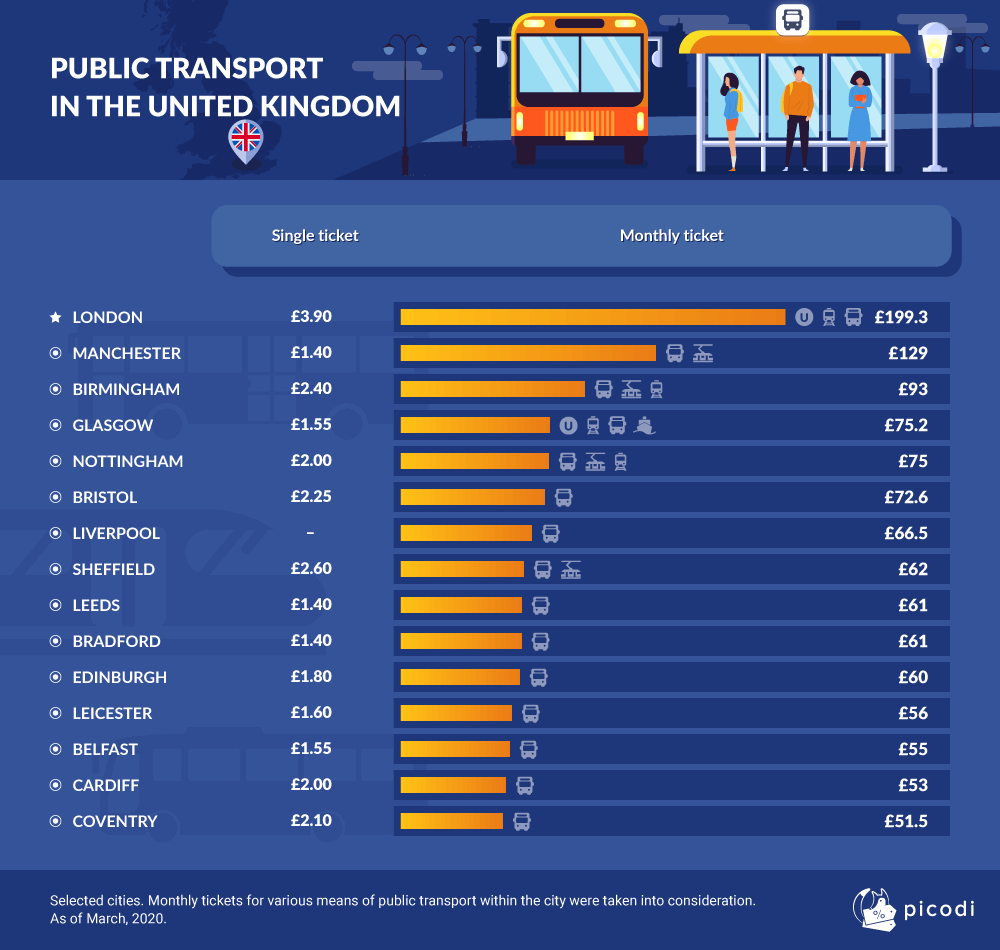 Unsurprisingly, among the 15 biggest cities in the UK, the most expensive public transport was noted in London (around £199 for zones 1 to 4 which cover Inner London). The variety of services included in the price may explain such amount: a monthly pass holder in London can freely use the underground, rail services and buses.

Manchester ranked second, with £129 for unlimited access to bus and tram rides, followed by Birmingham with £93 (buses, trams and rail services). Glasgow and Nottingham rounded out the top five with £75 for a monthly pass.

The cheapest places to ride public transport — although not as diversified as in London — are Cardiff and Coventry, with £53 and £51.5 respectively.