In 2020, online TV shows have become one of the most popular forms of entertainment by the public. Streaming platforms saw a significant increase in the number of subscribers and the brand value of streaming giants like Netflix increase even up to 72% each year.

The Picodi.com team of analysts decided to calculate how much time would have to be spent on watching the most important series the world’s pop culture could offer. We chose the productions with the highest ratings and the largest number of viewers to compare. 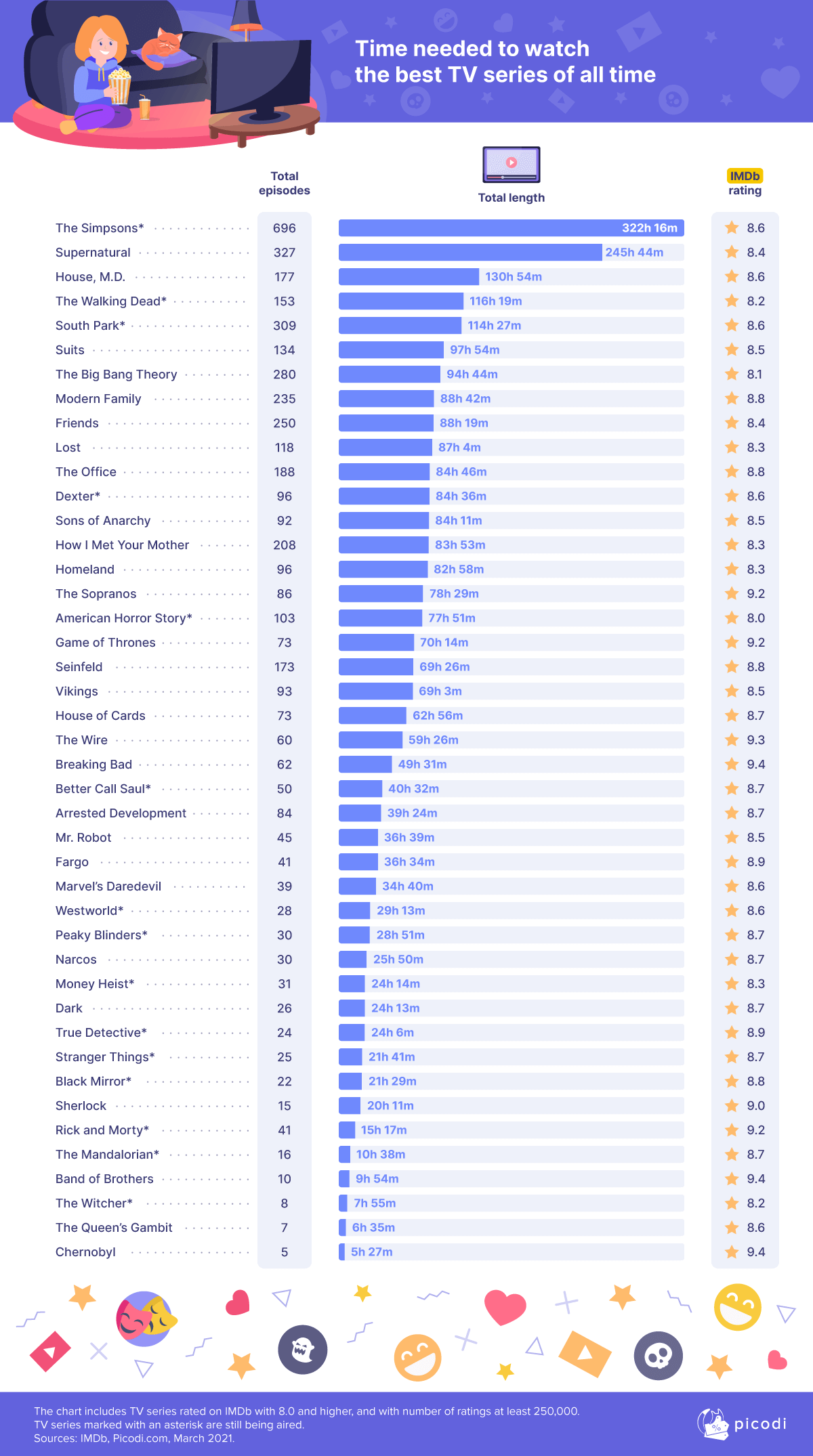 The first spot of the ranking of animated productions goes to “The Simpsons”. This series has become a source of numerous memes and has almost 700 episodes. Watching all the seasons that have been created since 1989 is an exact 322 hours of uninterrupted viewing.

The second longest production on our list is the series “Supernatural”. You would need 245 hours to watch all 15 seasons. “House, M.D.” came in third with 131 hours.

However, keeping up with pop culture doesn’t always have to mean spending dozens of hours in front of the screen. Among the shortest yet still very popular productions is the Chernobyl mini-series — 5h 27min of uninterrupted viewing — and Queen’s Gambit — 6h 35min.

If someone decided to run a full series marathon and decided to watch all the highest-rated series of all time, they would have to spend 2,806 hours. This is equivalent to 175 days if we take an 8-hour sleep break.

All the data on the mentioned series comes from the IMDb.com online movies, series and games database. The list included items with a score of 8.0 and more, and with the number of ratings from 250,000 and above. We obtained the final length calculations of the series by adding up the length of each individual episode. We’ve included seasons and episodes that were broadcast before March 2021. All starred series are still in progress or have been confirmed for subsequent seasons.

The statistics presented can be freely used both for commercial and non-commercial purposes, indicating the authorship of the study (Picodi.com) with a link to this subpage. If you have any questions, please contact us: research@picodi.com.