PlayStation fans in Ukraine have to cough up the most money with online stores selling the latest Sony console for as much as Rs. 220,100. On the other hand, the new Xbox is the most expensive in Argentina — Rs. 201,300. 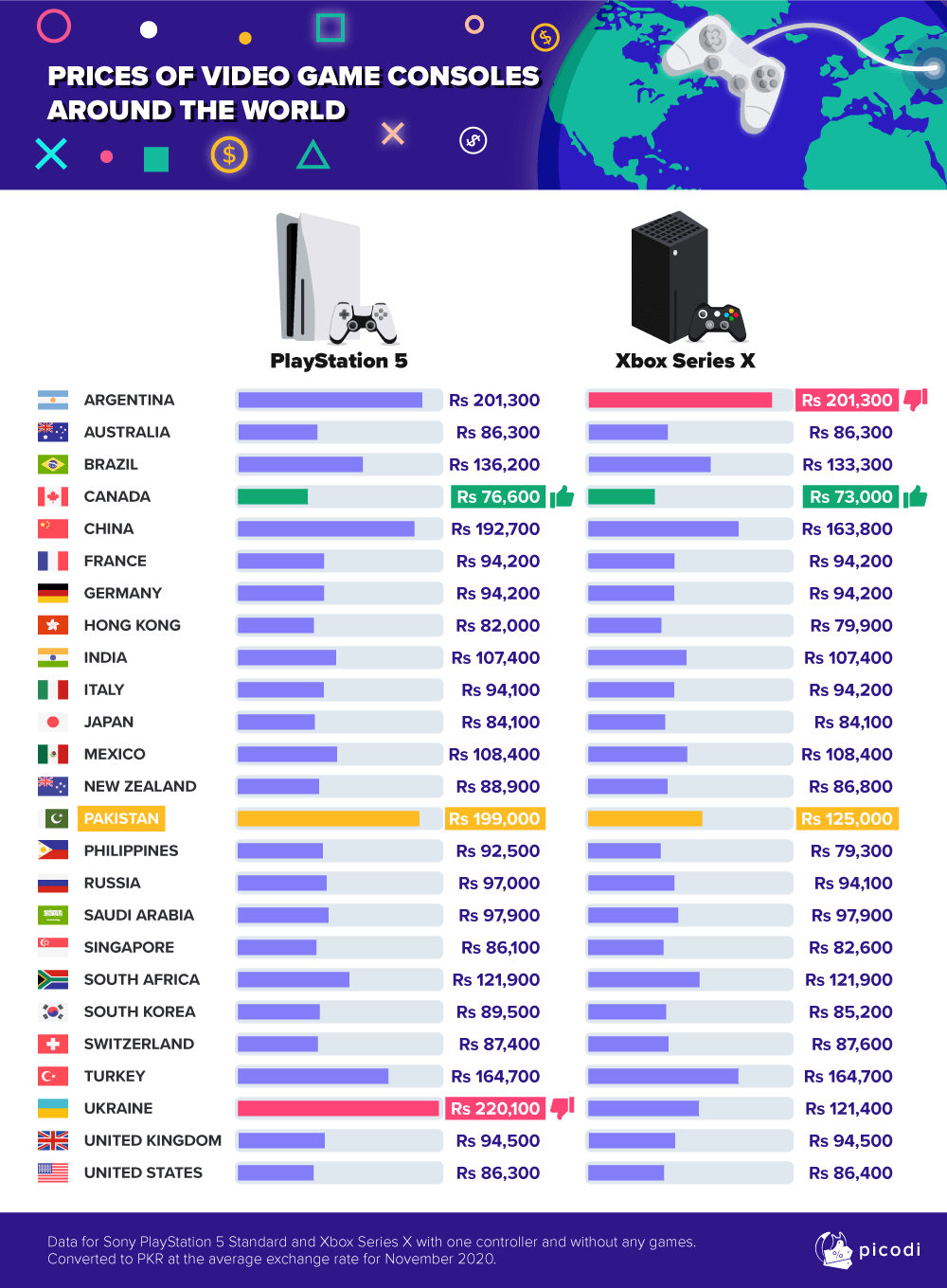 In the comparison of yearly subscription prices, Turkey placed first with both Xbox Live Gold (Rs.6,000) and PlayStation Plus (Rs. 3,600) being the cheapest.

At the far end of the ranking is Switzerland where a one year Xbox Live Gold subscription costs Rs. 17,500, and PS Plus: Rs. 12,200. As the companies declare, subscription prices reflect the local market economies.

In Pakistan, Xbox Live Gold and PS Plus subscriptions are unavailable. 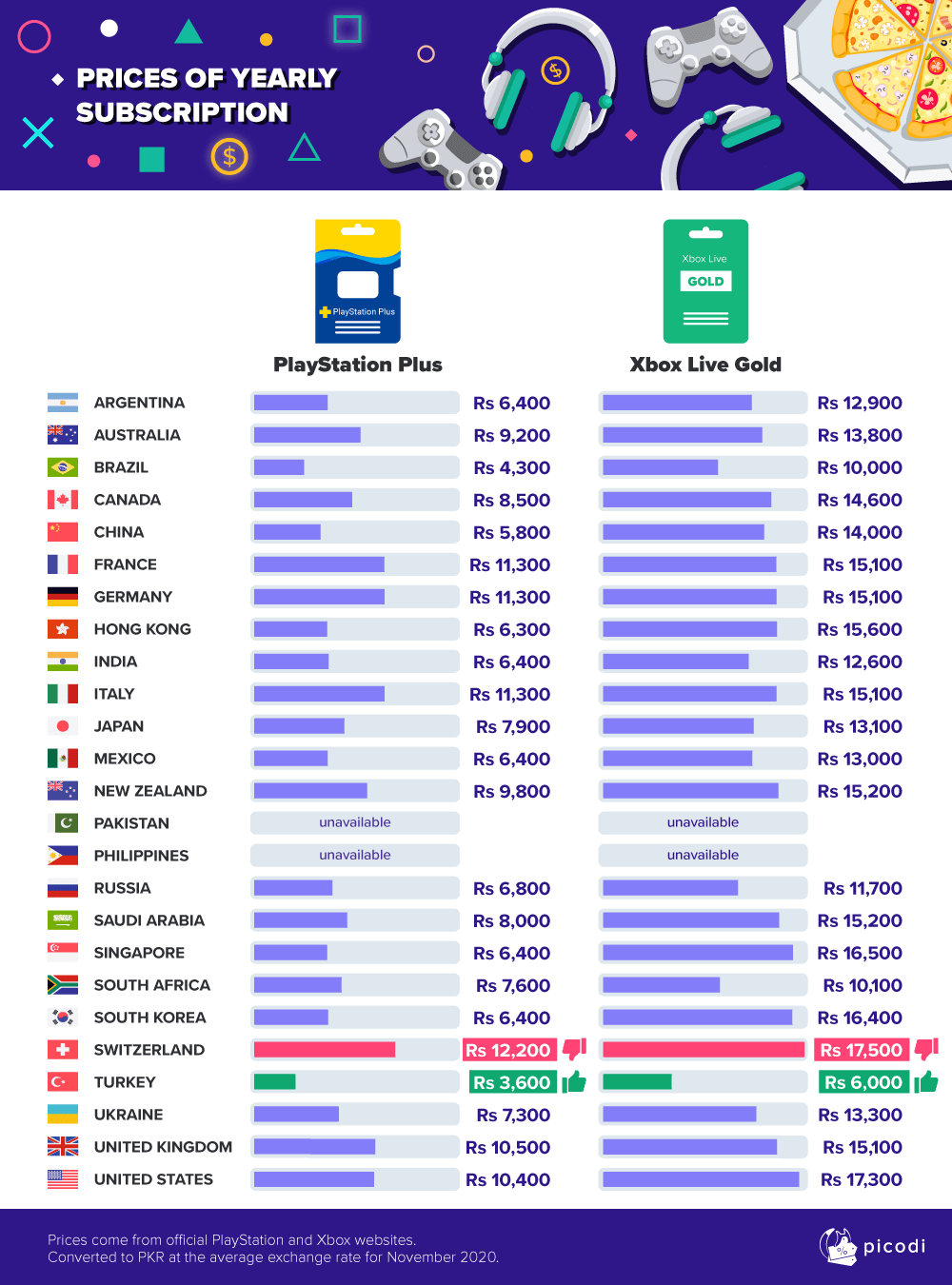