How expensive is the internet nowadays? Where is surfing the net the cheapest? In which countries is super-fast internet easy accessible? And is the internet in the Philippines inexpensive? Picodi.com analysts looked into pricings of 233 biggest fibre internet providers in 62 countries and answered these questions. 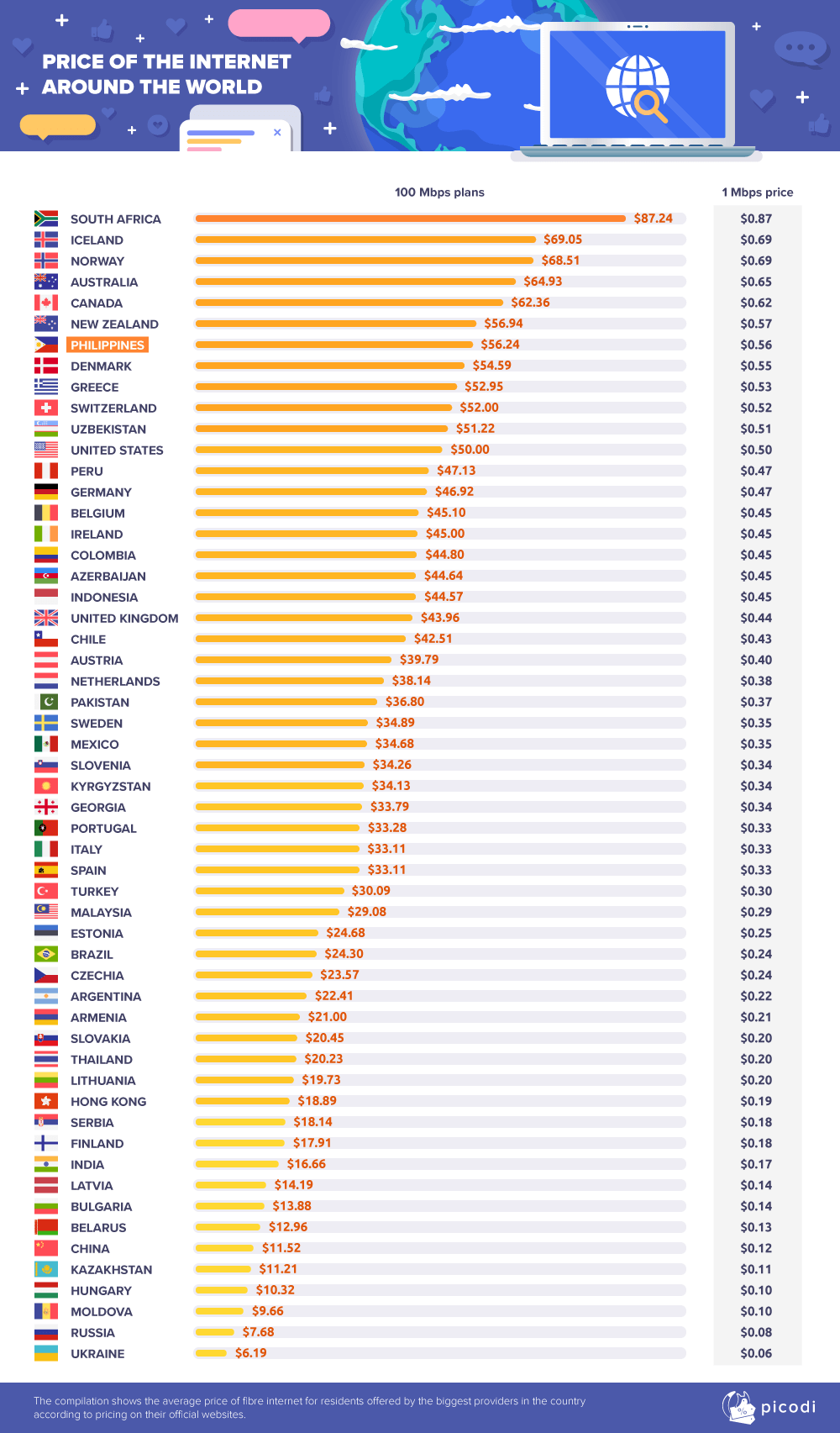 Among the considered countries, the biggest price for 100 Mbps internet was noted in South Africa — $87 a month. People living in northern countries, like Iceland or Norway, pay around $69 a month. In the Philippines, the prices are slightly more affordable — around $56 a month.

We decided to present the data differently: what internet speed can you afford for the equivalent of US$20 (around ₱1031) per month? Out of 62 countries included in the report, 25 could not be ranked. Australia, Brazil, Germany, Switzerland, Chile, Italy, Portugal, USA, and RSA — in these countries, the unlimited fibre internet for residents from major providers costs more than $20 a month. The infographic below shows the results for specific countries. 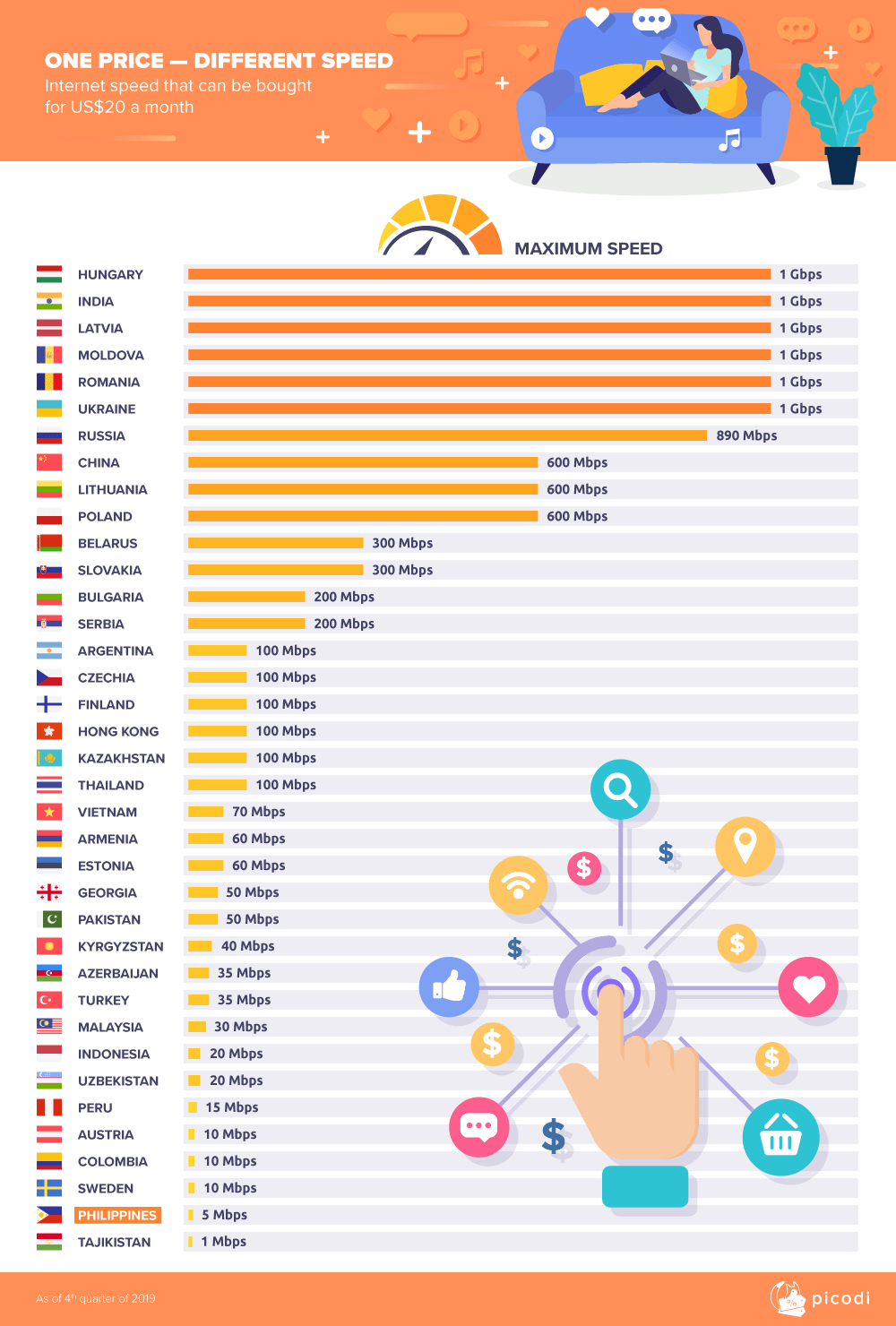 In the Philippines, you could afford only 5 Mbps internet speed for up to $20 a month. 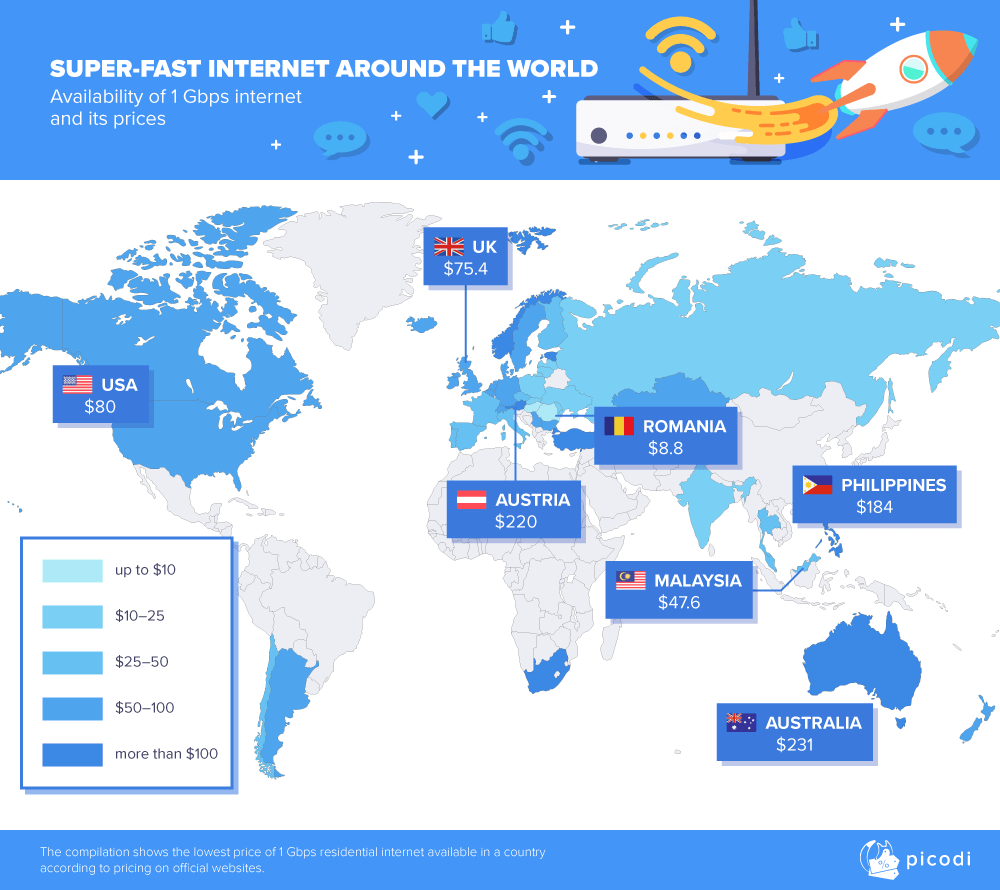 According to Picodi.com data, in many countries, 1 Gbps internet is a high-cost luxury. In 24 out of 44 countries where providers offer such speed, a monthly price exceeds $50. Super-fast internet is the most expensive in Austria and Australia, at $220 and $231 respectively. On the other hand, the cheapest 1 Gbps internet is available in Romania, at just $9 per month. In the Philippines, the 1 Gbps plan is on the pricey side — $184 a month.