Picodi statement regarding the study „Minimum wage around the world: how the pandemic has impacted the least paid workers”

After further research regarding the minimum wage in Nigeria, Picodi.com Analysis Team makes this declaration:

In the initial version of the report, the minimum wage used for Nigeria amounted to ₦27,000, however from 1st of January 2021, there are no taxes and no other deductions for those earning the minimum wage. In this case the correct minimum wage should be ₦30,000.
The year on year increase should be 12.4% instead of 0% (8th place in the ranking) and The basic food makes 118% (instead of 131%) of the minimum net pay. We sincerely apologize for our mistake. Below you can find the corrected version of the report.

Nigeria is one of the countries where the pandemic didn’t stop the increase of wages. From January 1st, 2021, there are no taxes and no other deductions for those earning the minimum wage, which is why the minimum wage increased by 12.4% compared to the previous year (₦27,000 to ₦30,000). Nigeria placed 8th among 56 countries included in the study.

The total price of basic food products amounts to ₦35,360, which is 9% more than in the previous year. It means that in Nigeria, the minimum wage is so low that it doesn’t even cover the costs of the most basic shopping basket. 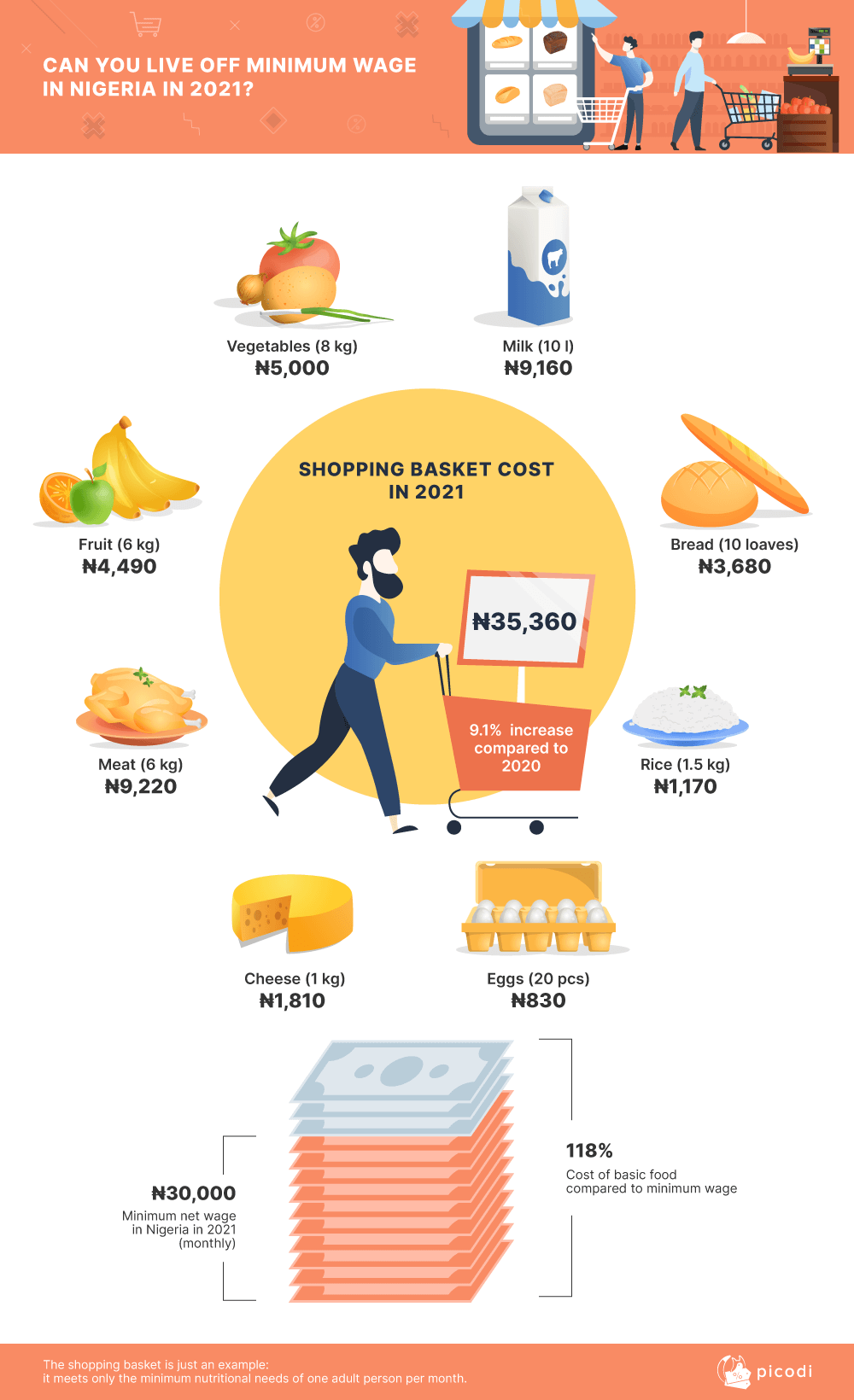 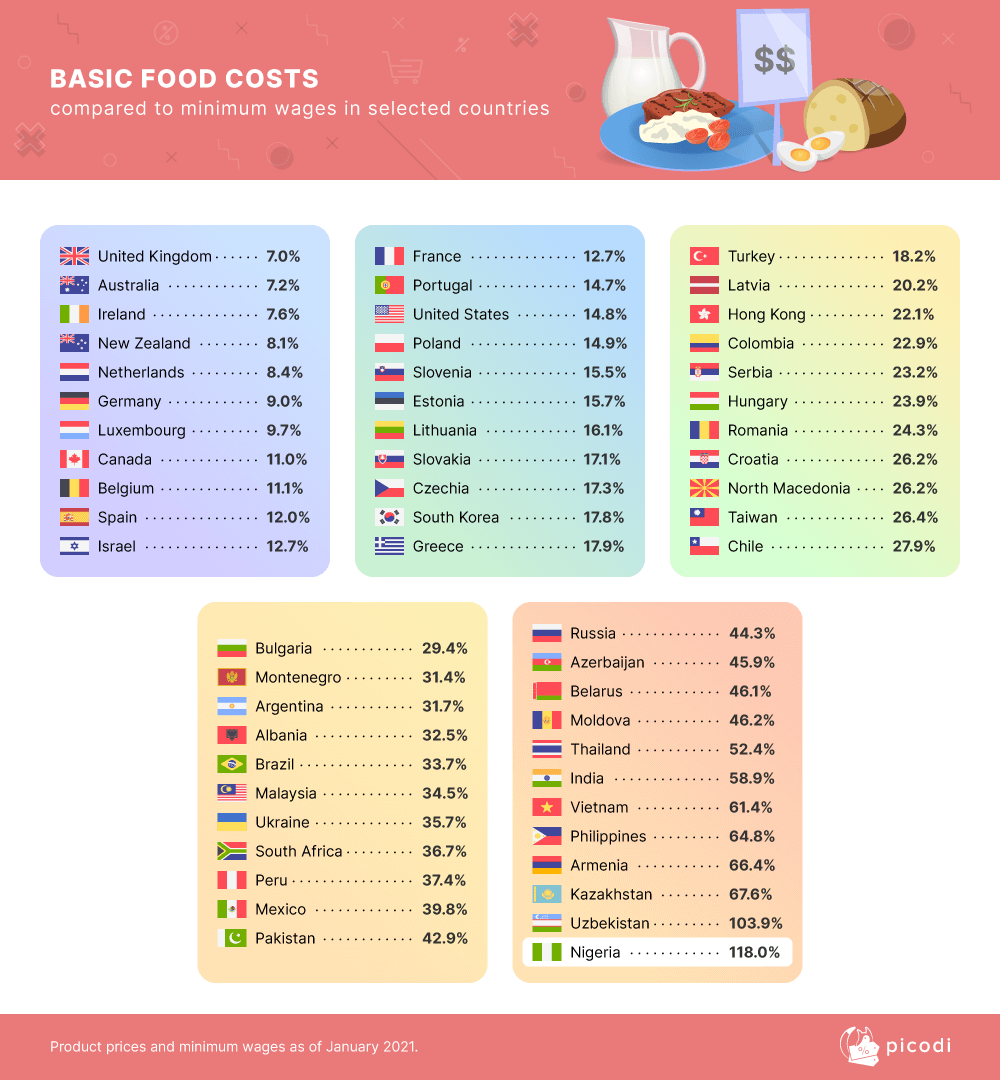 In this ranking, Nigeria with the score of 118% placed last among 56 countries. In the similar position is Uzbekistan, where the basic food products make 103.9% of the minimum wage.