Since 1895, when Lumière brothers demonstrated to the world their ‘motion pictures’, cinema has played the role of mass entertainment. During the Great Depression, people used to go to the cinema to be distracted from the grim reality. In other, no less turbulent times, cinema was used as a device for propaganda and popularising ideas.

In all countries analysed by Picodi, 3D sessions cost more than 2D sessions, not only in MENA countries but in the whole world. Many cinemas move away from handing out the glasses before every movie. In some places, customers can buy glasses or bring their own from the last 3D screening they had watched. By the way, the cost of purchasing such glasses in a cinema can be even five times higher than the wholesale price.

In some countries, the difference in 2D and 3D movie prices can exceed 30%. For example, in Germany, besides the extra charge of €3 (12.24 AED) for 3D, it is necessary to pay additional €1 (4.08 AED) for glasses. It means that watching a movie in 3D becomes 45% more expensive than a standard session.

In the United Arab Emirates, the 3D charge amounts to 8% of the standard ticket price. The least amount of money to pay for watching your favourite actors on the 3D screen was noted in Saudi Arabia and India (6% and 7% respectively).

When it comes to the prices of standard movie tickets, after converting local currencies into dollars it turns out that cinema tickets are the most expensive in Japan and the United Kingdom (the price of 2D weekend screening is around $16). On the other hand, the most affordable cinemas can be found in Turkey and Mexico ($4.60 and $3.40 respectively). 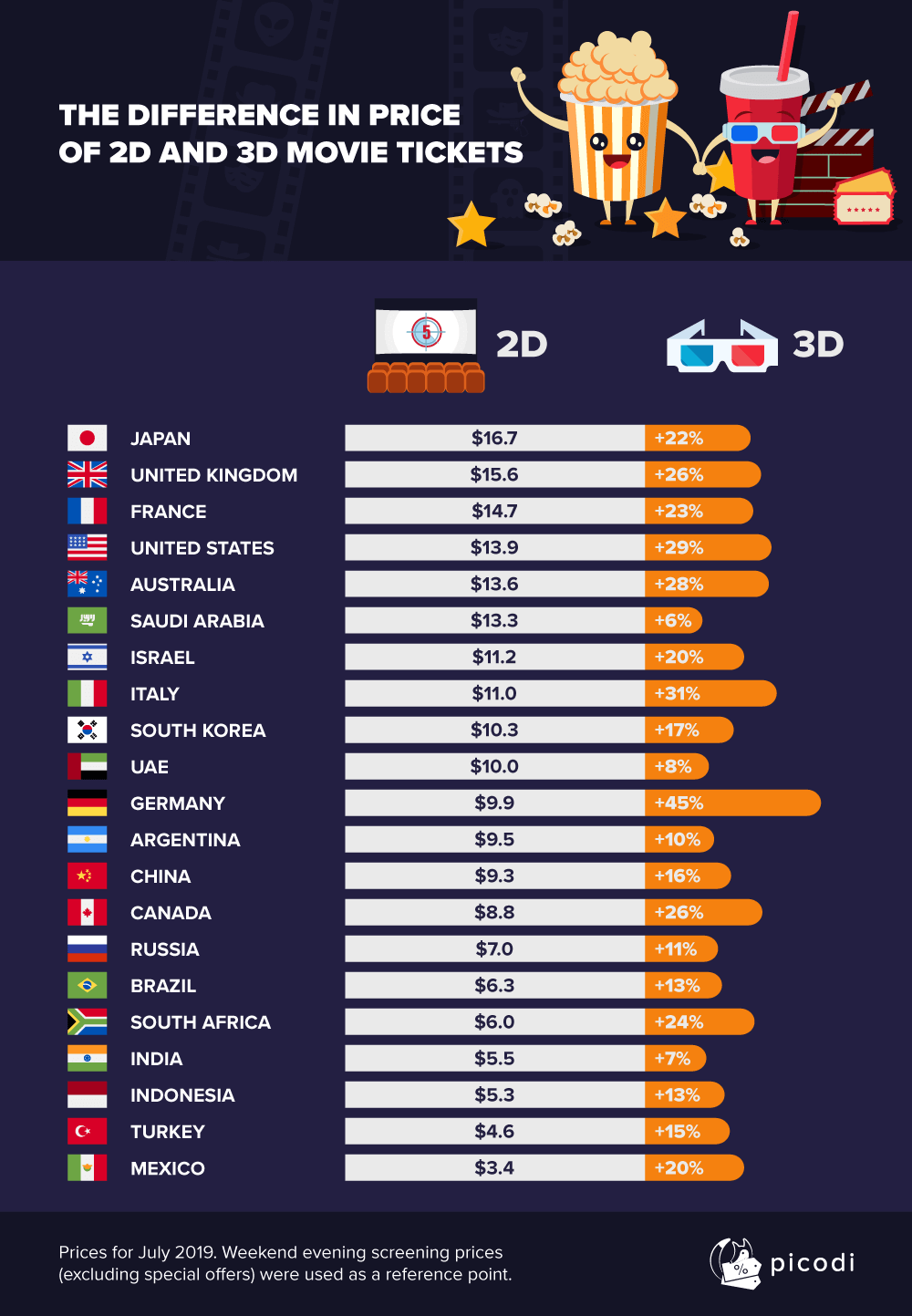 In the film industry, the popularity of different movies is measured mostly by turnout and box office on opening weekends. Data from different cinemas in MENA countries and around the world confirm that most people go to the cinema during the weekends — in these two days, 55%-65% of all tickets are sold.

In the United Arab Emirates, cinema lovers have nothing to worry about — there is no additional charge for weekend screenings. In most of the analysed countries, the price stays the same on weekdays and weekends. However, some places, like Indonesia, charge even 50% more for weekend sessions. 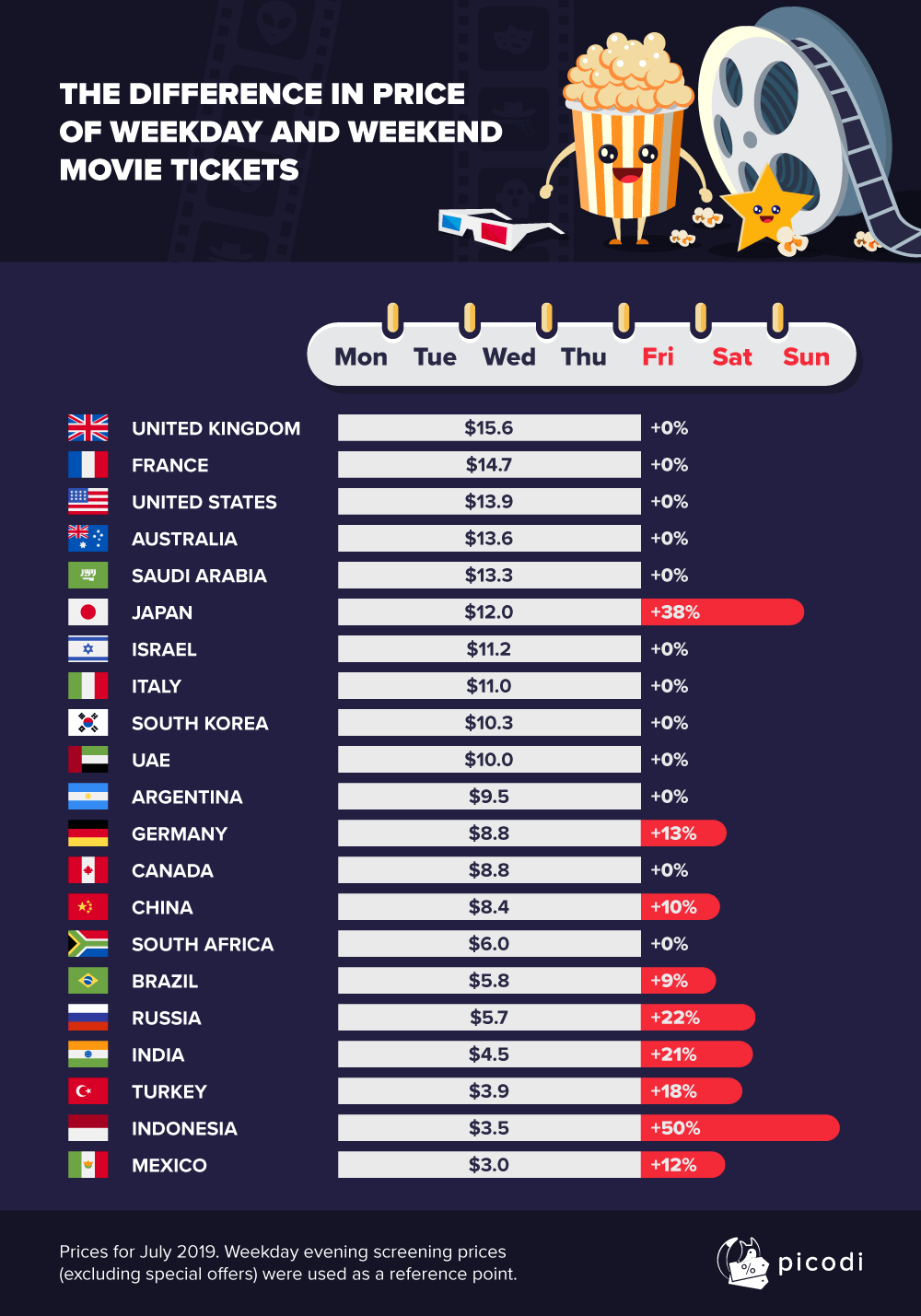 The prices are taken from official websites of cinema chains. In this report, independent cinemas, premiere screenings and every other promotional ticket sales are excluded. The research is based on standard evening screenings of titles available in July 2019 in one of the cinemas in a capital city. Currency conversion is determined by the average exchange rate for July 2019.